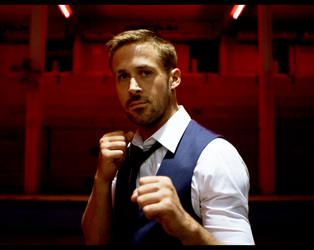 Nicolas Winding Refn and the roots of Only God Forgives

Nicolas Winding Refn displayed the committed independence that has been a characteristic of his career from the beginning, rejecting the opportunity to go to Danish film school in order to make his debut feature instead. A gritty, realist depiction of Copenhagen’s drug underworld, Pusher (1996) was a huge success commercially and artistically, proving hugely influential and spawning two sequels. His films since have consistently explored machismo and the possibility that film violence can be beautiful. He has proved himself an arch provocateur, revelling in the extreme reactions his work has received from audiences and critics. “I’m a pornographer”, he declared in a recent interview “I make films about what arouses me. What I want to see. Very rarely to understand why I want to see it and I’ve learned not to become obsessed with that part of it.”

Yet Winding Refn’s films are never entirely cold or alienating, and the heart of a true cineaste beats through his work. This season recognises some of Winding Refn’s influences and references, some acknowledged, some suggested. In particular, it relates to his latest film, the elegant and brutal Only God Forgives, Winding Refn’s most divisive film to date. IFI audiences are invited to make their own minds up about that film when it opens here on August 2nd.