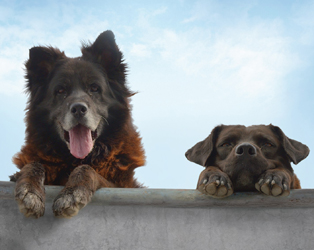 September 25th 2019: The 17th IFI Documentary Festival opens tonight at the Irish Film Institute with a screening of Benjamin Berman’s hotly anticipated The Amazing Johnathan Documentary. The next five days will see the very best of new documentary filmmaking from Ireland, Lebanon, Sudan, Bulgaria, Chile and the Democratic Republic of Congo take centre stage, as the IFI also welcomes a number of special guests to take part in panel discussions and Q&As.

In the festival’s opening night screening The Amazing Johnathan Documentary, director Benjamin Berman finds himself examining the very notion of documentary filmmaking when his portrait of terminally ill magician-comedian The Amazing Johnathan veers into very unexpected territory. With twists and turns worthy of Three Identical Strangers, this is documentary filmmaking at its most intriguing and entertaining.

Guests scheduled to appear during the festival include Bill Drummond, formally of The KLF, who will perform his play White Saviour Complex with actor Tam Dean Burn, book-ending a screening Paul Duane’s critically acclaimed Best Before Death. Filmmaker and photographer Seamus Murphy will take part in a Q&A following a screening of new film A Dog Called Money, a look at the making of musician PJ Harvey’s album The Hope Six Demolition Project.

Irish highlights include a sold out screening of Alan Leonard’s Heyday: The Mic Christopher Story; the world premiere of Peter Kelly’s Journey to the Edge, which centres on Galway businessman Enda O’Coineen’s attempt to sail around the world single-handed; and Citizen Europe, an affectionate look at the long-running Erasmus initiative. This year’s festival will also feature the perennially popular Irish Shorts Programme, showcasing the work of the next generation of Irish filmmakers; the Audience Award for Best Irish Short is kindly sponsored by Screenscene.

The IFI is also delighted to welcome directors Ziad Kalthoum and Renaud Barret of Taste of Cement and festival closing film Système K respectively. Taste of Cement is a hard-hitting look at the lives of Syrian builders on Lebanese building sites, while Système K examines the burgeoning street art scene in Kinshasa, capital of the Democratic Republic of Congo. Saturday evening will see a screening of Fredrik Gertten’s timely documentary Push, which examines the global housing crisis; the screening of Push will be followed by a panel discussion.

Other highlights of the festival include: Suhaib Gasmelbari’s Talking About Trees, a winner at this year’s Berlin Film Festival which focuses on the efforts of four retired Sudanese filmmakers to restore an outdoor cinema; Philippe Bellaiche and Rachel Leah Jones’s Advocate, a look at the work of a Jewish-Israeli lawyer who has defended the human rights of Palestinian prisioners for over five decades; the charming Los Reyes, which centres on two stray dogs ruling the roost in a Chilean skate park; Gods of Molenbeek, which follows two young girls in the now-infamous Brusselian suburb; and Hristiana Raykova’s The Pit, the story of a small Bulgarian community under threat due to the closure of a public swimming pool.

Rounding out this year’s programme is the Irish Premiere of Sundance hit Cold Case Hammarskjöld. In this compelling and highly original documentary, filmmaker Mads Brügger sets out to find the truth about the death of former UN Secretary-General Dag Hammarskjöld, who died in a mysterious plane crash in Zambia in September 1961.

Individual screening tickets are €11.50. Tickets for The Amazing Johnathan Documentary, which includes a post-show reception, cost €15. Tickets for Best Before Death, including the special live performance from Bill Drummond and Tam Dean Burn, cost €18. A special ticket package is available in person or over the phone from the IFI Box Office: 5 films for €50.

Tickets are available online from www.ifi.ie/docfest, the IFI Box office at 6 Eustace Street, Dublin 2, and over the phone at 01 679 3477.

The IFI acknowledges the financial support of the Arts Council. The IFI Documentary Festival is supported by Dublin Port Company, Screenscene and RTÉ Supporting the Arts.