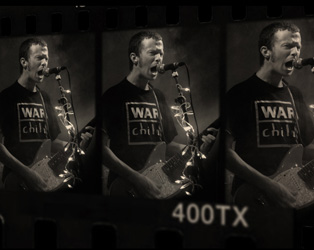 This screening will be followed by a Q&A with director Alan Leonard and producer Níall Carver. The Q&A will be hosted by Emily O’Callaghan of Hotpress.

Celebrating the legacy of a prodigiously talented Irish singer-songwriter, Heyday charts Mic Christopher’s musical journey from Grafton Street busker to The Mary Janes and rock stardom to the near-fatal accident that radically changed his world view and ignited a drive to create a brighter, more uplifting body of work before his untimely death in 2001. His story is told through a wealth of personal archive and through recollections of family and  friends – Sharon Horgan,  Bronagh Gallagher, Josh Ritter, Lisa Hannigan, Rónán Ó Snodaigh, Colm Mac Con Iomaire, Paddy Casey and Glen Hansard – who speak eloquently of his charisma and enormous contribution to Irish music in the 1990s.