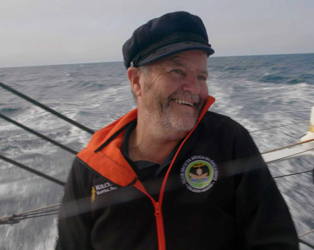 This screening will be followed by a Q&A with director Peter Kelly and Enda O’Coineen. The Q&A will be hosted by RTÉ broadcaster and journalist Fergal Keane.

Every four years, an elite group of sailors endeavour to sail single-handed, non-stop in a circumnavigation of the planet, through the most unpredictable and perilous conditions imaginable. They are the competitors in the Vendee Globe Race – one of the most arduous, challenging and dangerous events in sport. These sailors know the real adversaries are the waves and the weather, the ice and isolation. The 2016 race had an Irish skipper competing for the first time, as Galway businessman Enda O’Coineen sailed the Kilcullen Voyager into the history books. But this grand solo voyage did not go according to plan.