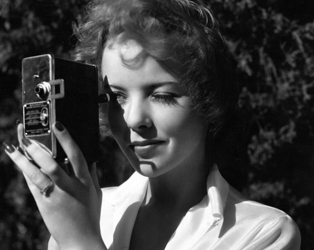 Ida Lupino (1918-1995) began her career in film in acting. Discovered by Paramount, the studio described her as “the English Jean Harlow”, though she self-deprecatingly referred to herself as “the poor man’s Bette Davis”.

Despite highs such as starring with Humphrey Bogart in Raoul Walsh’s High Sierra (1941), the fiercely independent-minded Lupino never fully fit into the studio system. Instead, she co-established The Filmmakers, an independent production company that afforded her the opportunity to write, produce, and direct films that focused on social issues, primarily those affecting women, believing that for Hollywood to continue its success, “there must be experimentation with out-of-the-way film subjects”.

The quality of her work led to Lupino being only the second woman (after Dorothy Arzner) admitted to the Directors Guild of America. Lupino was a trailblazer, described by Martin Scorsese as “a woman of extraordinary talents,” whose films “represent a singular achievement in American cinema”.

This season runs from March 7th to 25th 2018 at the Irish Film Institute.