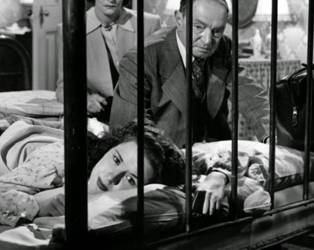 With the weakening of the Hays Code in the late 1940s, Hollywood was once again able to tackle more taboo topics. Outrage was, along with Johnny Belinda (Jean Negulesco, 1948), one of the first films to tackle the subject of rape and its aftermath.

Happy, successful Ann (Mala Powers) is assaulted following work. In the days that follow, she comes to feel increasingly alienated, despite the support of her family and friends. Convinced she is the subject of gossip and judgement, a particularly ham-fisted police investigation causes her to flee to Los Angeles, where another attempted assault brings consequences for Ann. In many ways a film of its time, there are nevertheless elements of the film that remain distressingly pertinent.