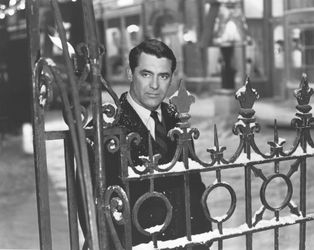 DECEMBER AT THE IFI

November 25th 2022: This December, the Irish Film Institute (IFI) presents a selection of exciting new releases and classics, including North Circular, It’s a Wonderful Life, Lost Highway and Corsage. From Thursday 8th to Sunday 11th, the Kinopolis Polish Film Festival returns to the IFI for the first time since 2018, celebrating new Polish cinema to IFI audiences.In new releases, How to Tell a Secret, a documentary which conjures the experience of people living with HIV who face the complex challenge of disclosure, opens at the IFI from Thursday 1st. To mark World AIDS Day, a special screening and Q&A with the cast and crew, hosted by LGBT rights activist Tonie Walsh, will take place on the opening night. From Friday 2nd, Luke McManus’s North Circular, a musical odyssey travelling the length of Dublin’s North Circular Road (the opening night screening will be followed by a discussion presented in association with Grangegorman Histories and the Royal Irish Academy), and Tori and Lokita, a drama which simmers with a quiet rage at the plight of its titular pair, representative figures for all Europe’s at-risk migrants, both screen in IFI Cinemas.Opening at the IFI on Friday 9th are Alan Gilsenan’s Ghosts of Baggotonia, an evocative film-poem exploring the literary and other ghosts of the bohemian quarter bordering Dublin’s Baggot Street (the opening night screening will be followed by a Q&A with the director and poet Seán Hewitt); The Silent Twins, starring Letitia Wright and Tamara Lawrance (preview screening as part of Kinopolis Polish Film Festival on Thursday 8th), and Noah Baumbach’s highly-anticipated White Noise.Classics screening in IFI Cinemas from Friday 16th include Ingmar Bergman’s Fanny and Alexander on its 40th anniversary, The Bishop’s Wife starring Cary Grant, perennial IFI favourite It’s a Wonderful Life, and David Lynch’s Lost Highway in stunning 4K. Thorold Dickinson’s strange and beautiful The Queen of Spades screens at the IFI from Friday 23rd.From Friday 23rd, new documentary Wildcat, showcasing the relationship between a young British war veteran and an ocelot club, also opens at the IFI. Period-set Corsage, starring Vicky Krieps, opens in-cinema from Tuesday 27th, and François Ozon’s cheeky and irreverent Peter Von Kant screens in IFI Cinemas from Friday 30th.In event screenings, the IFI is delighted to present the first screening in Ireland dedicated to the solo and collaborative work of internationally acclaimed American artist and filmmaker Kevin Jerome Everson. This programme, curated by aemi with thanks to producer Madeleine Molyneaux of Picture Palace Pictures, in-cinema on Tuesday 6th. On Wednesday 7th, the IFI and Women in Film and Television Ireland present Brief Encounters with Women 2022, a varied programme of short films selected from a significant volume of work submitted by WFT members.From Thursday 8th to Sunday 11th, the Kinopolis Polish Film Festival returns after the forced hiatus of the last few years. This year’s celebration of new Polish cinema finds the industry in a state of rude health, despite the obstacles recently faced, and features some of its most distinctive voices, from Kamil Krawczycki’s sensitive debut to the idiosyncratic Agnieszka Smoczyńska, to elder statesmen Wojtek Smarzowski and Jerzy Skolimowski, both still making fierce work reflective of its time. We are proud to present this year’s programme, and to welcome back audiences to this festival honouring one of Europe’s finest national cinemas, in partnership with the Polish Embassy in Dublin and Tracey Solicitors.December’s Archive at Lunchtime programme, Collaborations, a double-bill of two short films starring Brendan Gleeson (Before I Sleep and Six Shooter), screening for free in December. From the Vaults will feature This Other Eden in December, which has been digitally remastered by the IFI Irish Film Archive in collaboration with the BFI under an initiative of the Association des Cinémathèques Européennes (ACE) with the support of the EU Creative Europe MEDIA programme. Screening for free in-cinema on Saturday 17th, with tickets available for direct collection from the IFI Box Office.On Tuesday 13th, the IFI and Maynooth University present Women in Focus, a programme of short films made by amateur filmmaker Sr. Maureen MacMahon. Paul Hegeman’s intimate documentary That Pärt Feeling: The Universe of Arvo Pärt, a piece which observes the composer as he invests his work with energy, humour and an indelible sensitivity, will have a special screening at the IFI on Sunday 18th.This month, Wild Strawberries, the monthly film club for over 55s, offers preview screenings of Chinonye Chukwu’s Till, the powerful dramatisation of the landmark fight for justice by Mamie Till-Bradley after the murder of her son in 1950s Mississippi, on Wednesday 28th and Thursday 30th. This month, IFI Family presents a special Christmas double-bill screening of The Snail and the Whale and Stick Man on Sunday 18th.To mark the year’s end, we are delighted to re-present to audiences the best performing Irish films of the year (An Cailín Ciúin, The Banshees of Inisherin, Belfast, Nothing Compares, Róise & Frank), to give people another opportunity to catch something that they may have missed the first time around, or to return to enjoy one of their favourite Irish films of 2022 one more time, with select screenings in-cinema from Tuesday December 27th to Thursday January 5th.Tickets for new releases and special events are on sale from the IFI Box Office on (01) 6793477 and from www.ifi.ie, as per the IFI’s Weekly Schedule. Online rentals from IFI@Home are available at www.ifihome.ie.