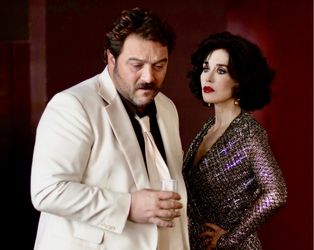 Peter von Kant (Denis Ménochet) is a successful film director. He lives with his assistant Karl, whom he likes to mistreat and humiliate. Sidonie (Isabelle Adjani) is the great actor who was his muse for many years. She introduces him to Amir, a handsome young man of modest means. Peter falls in love with Amir on the spot and offers to share his apartment with him and help him break into the film industry. The plan works, but as soon as he acquires fame, Amir breaks up with Peter, leaving him alone to face his demons.