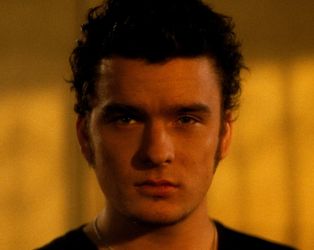 Following the critical mauling of Twin Peaks: Fire Walk With Me (1992), David Lynch, who subsequently claimed not to get the Hank Williams reference, came across the phrase ‘lost highway’ in a novel by Barry Gifford, whose work the director had previously adapted in Wild At Heart (1990). With Lynch inspired, the two collaborated to create this neo-noir mystery whose fractured narrative prefigures in some ways that of Mulholland Drive (2001).

Jazz musician Fred (Bill Pullman) is convicted of the murder of wife Renee (Patricia Arquette) but transforms in his cell into Pete Dayton (Balthazar Getty), a young man with an entire life of his own.

On release, Pete meets Alice (Arquette again) and is drawn into the world of gangster Mr Eddy (Robert Loggia). Filled with disturbing characters and imagery, this surrealist masterpiece remains one of Lynch’s most complex works.