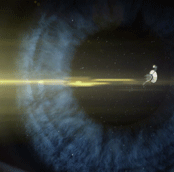 May 30th 2017: Following on from the success of its Futures Past season last April, the IFI will present Dark Skies: A Festival of Science Fact and Fiction Film from July 13th to 16th. Presented in collaboration with Science Gallery at Trinity College Dublin, the festival will include a selection of new and classic films, including a screening of Philip Kaufman’s Oscar-winning The Right Stuff in 70mm and Emer Reynolds’s award-winning documentary The Farthest.

The aim of the festival is to present a series of thought-provoking films that engage with science from a range of different fields and perspectives, and to explore both the pure enjoyment of speculative science fiction cinema, and the more grounded work of filmmakers representing the latest advances in the sciences.

Speaking at the festival’s announcement, IFI’s Head of Cinema Programming, David O’Mahony, commented, ‘Dark Skies represents a development of the programming concept which informed last year’s Futures Past season, that cinema from its earliest days has engaged with and taken inspiration from scientific discovery and new technologies, often in a playful and speculative fashion. The imaginative leaps taken by the creators of fantastical cinematic visions are underpinned by real-world scientific explorations.’

Closing the festival this year will be a screening of The Farthest, the spectacular new documentary from Irish filmmaker Emer Reynolds which details the journey of the tiny spaceship Voyager, as it enters its final decade of service. Emer Reynolds will attend the screening at the IFI.

Other films currently confirmed for the festival include Robert Wise’s The Andromeda Strain, which will be introduced by Lauren McKeown, who has previously studied at NASA’s AMES Research Centre in Silicon Valley. There will also be a rare big screen outing for Shane Carruth’s Primer, which will be introduced by Sean Power from Trinity College Dublin’s Department of Philosophy, plus a very special screening of Saul Bass’s influential Phase IV, which will screen with a newly-restored alternate ending.

Tickets for the Dark Skies Festival are now on sale from www.ifi.ie and from the IFI Box Office. Tickets for the free screening of Machine of Human Dreams at the Science Gallery are available here.

In 2008, a forgotten corner of Trinity College Dublin was transformed into a living experiment called Science Gallery Dublin. Since its opening, nearly three million visitors to the gallery have experienced more than 40 unique exhibitions, ranging from living art experiments to materials science, and from the future of the human race to the future of food. Science Gallery is an initiative of Trinity College Dublin and is kindly supported by our founding partner, Wellcome Trust, and by our ‘Science Circle’ members – Deloitte, ESB, Google, ICON, and NTR Foundation. For more information, visit dublin.sciencegallery.com.