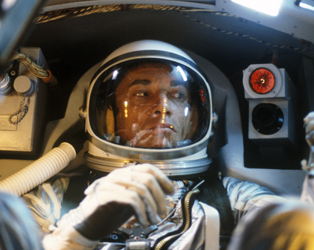 The tentative first steps of US space exploration are thrillingly realised in Philip Kaufman’s triumphal ode to the test pilots who paved the way for the astronauts of the Mercury Space Programme.

Initially focusing on the enigmatic figure of sound-barrier breaking pilot Chuck Yeager (Sam Shepard), Kaufman’s adaptation of Tom Wolfe’s bestseller broadens its scope to encompass the gruelling training of the eager young hopefuls (including Scott Glenn, Ed Harris and Dennis Quaid) jockeying for position to become the first American in space, caught up in a PR drive to beat Russia in the space race.