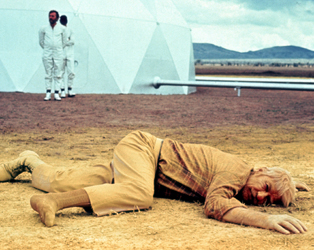 Ant colonies in the Arizona desert are behaving unusually. Two scientists set up camp nearby, linking their behaviour to the titular lunar cycle.  Evolving at an alarming rate, the ants’ sophisticated behaviour suggests that it is they who are scrutinising the scientists.

Phase IV, the only feature directed by Saul Bass – best known for innovative title sequences for the likes of Hitchcock, Wilder, Kubrick and Scorsese – reveals an innate visual sensibility, especially in the astonishing final sequence which at the time was rejected as being too psychedelic. Now restored, the original ending will screen with the feature.