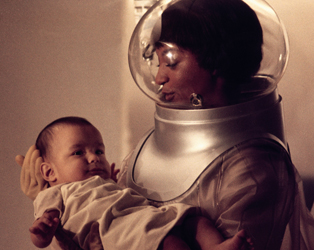 This screening will be introduced by Dr Maria Boyle, microbiologist Trinity College Dublin.

When a US satellite falls from orbit in the New Mexico desert all but two inhabitants of a nearby town die mysteriously. A team of scientists are recruited to secure the satellite and study it in a hermetically sealed high-tech facility five stories underground, uncovering microscopic particles of alien origin in the process.