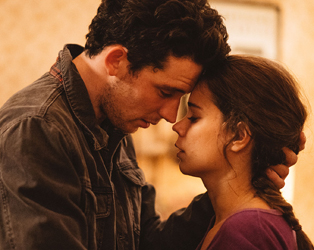 REVIEW ROUNDUP: ONLY YOU, PHOTOGRAPH, OLDBOY, DO THE RIGHT THING

New releases at the IFI from Friday August 2nd 2019: Only You, Oldboy, Photograph and Do the Right Thing.

ONLY YOU
“[A] sensual, heartful and carefully observed drama”
4/5 – Irish Times

“As the title Only You ironically suggests, with love comes loneliness that can both create and fill a void. This film captures those competing elements perfectly. And I loved it.”
4/5 – Guardian

“Part old-school romance, part fertility horror film, it should resonate deeply with anyone who’s been touched by the struggle to conceive.”
4/5 – Time Out

“The tinderbox connection between stars Laia Costa and Josh O’Connor is what elevates this grown-up relationship study from respectable to lovable.”
Variety

“In its unflinching and sustained examination of a very personal issue, Only You stumbles on some universal truths about human relationships.”
Sight and Sound

PHOTOGRAPH
“The chemistry between the leads makes the film as plausible as it is magic.”
4/5 – Irish Times

“Photograph is decidedly old-fashioned and the outcome is never in doubt but the craft is impeccable, the performances low-key and likeable plus there is something persuasive about Batra’s gentle worldview, his faith in people and love restorative.”
4/5 – Empire

“Batra turns a story that sounds tired and goofy into a lovely film with a tone of tender sadness.”
Hollywood Reporter

OLDBOY
“That famous corridor battle moves with the elegance of a Stanley Donen musical. The violence is, there and elsewhere, heightened to such a level that it becomes hard to take seriously. None of this detracts from a determination to investigate psychological depths that lurk in the brain long after the film has ended.”
5/5 – Irish Times

“This is cinema that holds an edge of cold steel against your throat.”
5/5 – Guardian

“Shakespearean in its violence, Oldboy also calls up nightmare images of spiritual and physical isolation that are worthy of Samuel Beckett or Dostoyevsky.”
Wall Street Journal

“Oldboy is a powerful film not because of what it depicts, but because of the depths of the human heart which it strips bare”
Roger Ebert

“As always with Park Chan-Wook, you just hold on and let him rip.”
Rolling Stone

“Any way you judge it, Thing reaffirms Lee’s position as a filmmaker with audacity, courage and ideas.”
Hollywood Reporter

“This is a sumptuous work, from its unconventional title sequence of a woman dancing hard in the streets to its provocative ending with conflicting quotes from Malcolm X and Martin Luther King Jr.”
Chicago Tribune