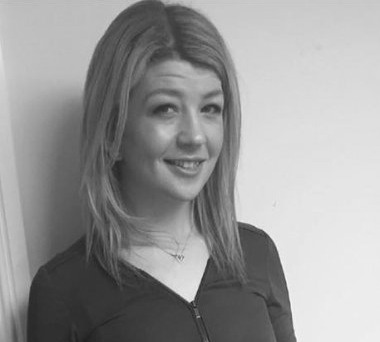 Inside the IFI – Michelle McDonagh Interview

Welcome back to Inside the IFI, where we get a glimpse at what goes on behind the scenes at the Irish Film Institute.

Our interviews to date have included chatting to the Head of the IFI Irish Film Archive, finding out about the Café Bar, the IFI Player, Cinema Programming, Membership and more. Today we’re talking to Publicity Assistant Michelle McDonagh about her role in the IFI Marketing Department.

What is your name?
Michelle McDonagh

And your job title?
Publicity Assistant

How long have you been with the IFI?
I started on a JobBridge internship in September 2015 and was made permanent in June 2016.

What does your job entail?
My role includes acting as the key contact for distributors in promoting their films. This includes scheduling press screenings, providing marketing materials, and online promotion through social media. I encourage audience development for the IFI through targeting key demographics and engaging with audiences online using competitions and advertisements. I work creatively with designers to provide high-end marketing materials and work independently to produce marketing materials for in-house event promotion. 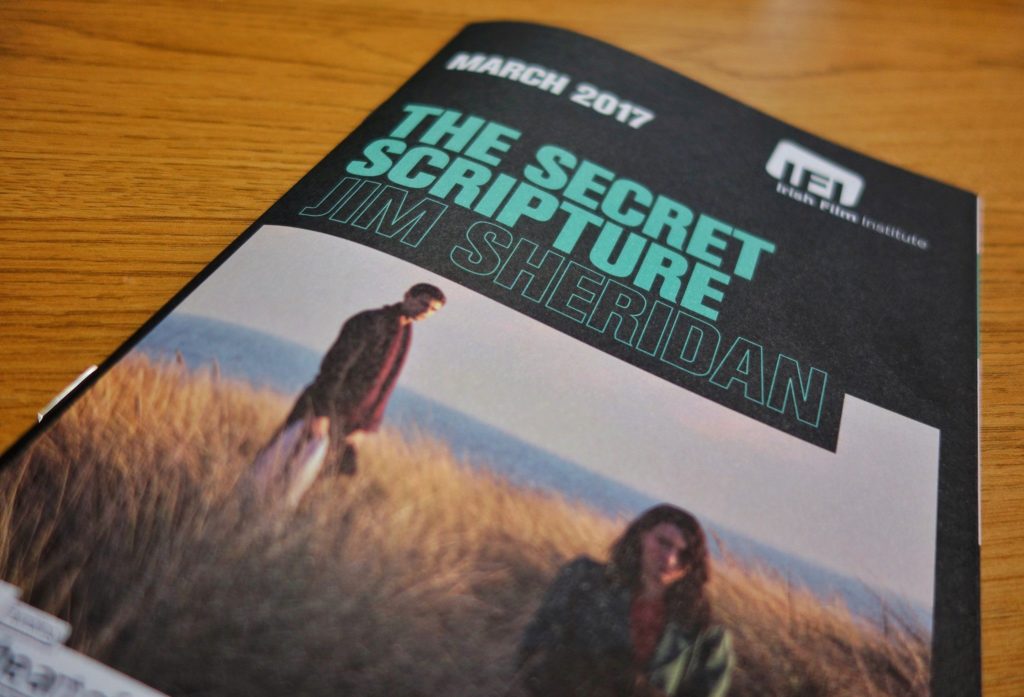 I assist in the day-to-day maintenance of the IFI website, proofing all content to ensure accuracy and relevance. I also work directly with the Press and Marketing Manager to produce the IFI’s monthly programme, compiling all materials and information needed, assisting in the design and proofing of the brochure and organising the print and distribution to all our patrons on a monthly basis.

Can you describe a typical day?
My job is very much a mix of two very different types of work, one side of my job is quiet admin and communication based, these is where my love of stationery and symmetry come in handy! The other side is more artistic and design based. Usually my mornings start with responding to lots of emails! I act as the main point of contact for distributors and reviewers so if a reviewer needs images or information about a film we can provide them or contact the distributors on their behalf. We also would work with a lot of different organisations from Dublin and around Ireland so keeping in touch with these about any collaborations.

I write all the press releases for any important events we want to share and I monitor all the press coverage for the IFI, which is great because it’s so nice some of the smaller films get the recognition they deserve. When I’m not looking after the press side of things I do all the in house design work for the IFI, so making all the posters, screen idents, trailers and choosing the best images for our monthly programme. I love that my job allows me to be both creative and analytical. 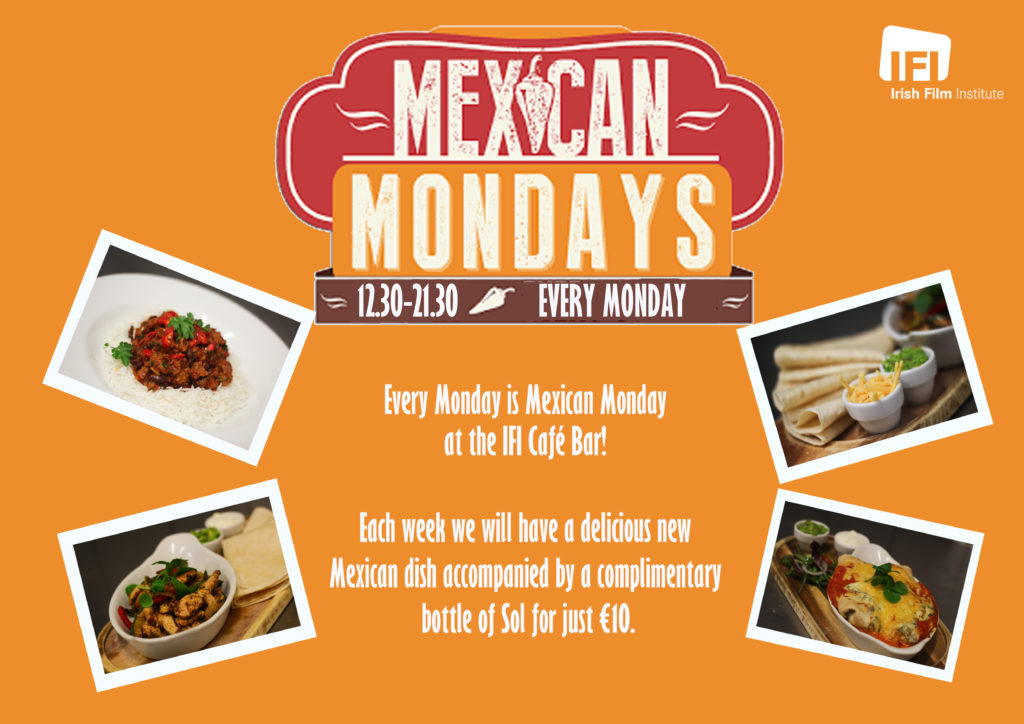 Do you have a favourite experience from your time at the IFI?
I always enjoy the specialist festivals we do, some of my favourites included our folk horror season Haunted Landscapes and our science fiction season Futures Past. But honestly I think my favourite experience was my first day, I still remember how excited I was. Just out of film school I felt so lucky to be here and I started just as we were getting ready for Horrorthon so I was putting together the artwork for the festival and I remember thinking this is so cool! It’s true what they say, if you love what you do you’ll never work a day in your life!

Do you have a project/assignment you’ve worked on that you’re particularly proud of?
I’m lucky to say I’m proud of all the work we do in the marketing department. Recently we met with director Ross Whitaker to discuss the upcoming screenings of his documentary Between Land and Sea. A director can spend months, sometimes years working on a project such as this one. That’s why you’ll often hear a director call a film their ‘baby’ because so much of themselves goes into it. A lot of smaller independent directors don’t know where to go once the film has been made so they come to us and we promise them that we will look after their film and make sure people know about it.

Between Land and Sea follows a group of surfers in Lahinch, Co. Clare and features some of the most well known surfers in Ireland so we would directly contact those interested in surfing. We make sure these smaller films have a voice amongst all the blockbusters and Hollywood mega films. Next time you see an independent film you like the look of please support it, talk about it, be its champion!

Is there another initiative or project at the IFI that has really impressed you?
I’m really proud the IFI offer accessible screenings. I think because cinema is so ubiquitous everyone should feel represented and should be able to come enjoy a film they can relate too. I recently took part in a training day for deaf awareness and it’s great see the different ways people experience cinema.

Other than that I always admire the programming department for taking chances on films that are really niche or obscure. These are the films that show you what life is truly like, for instance, one of my favourite films recently was Jim Jarmusch’s Paterson, I’d read some review that described the film as slow and boring and it thought that was quite sad; I saw a different film, one that showed the poetry of every day life. Independent films don’t owe an explanation to anyone, they exist solely for the person watching at that time. It is vital that programs such as this and Oscar winner Moonlight exist because it’s often the only chance someone will see a film that tells their story.

What makes the IFI unique?
IFI focuses on showing films you wouldn’t get to see anywhere else and the people behind the films. As often as we can we invite the director in for a Q&A with the audience. It’s important to remember the role independent cinema plays in expanding thought, opinions and awareness. Filmmakers do not have a moral obligation to create socially conscious, empathy-inducing films. Their only obligation is to entertain; however, for me, I love the type of films that burrow their way into your mind, waiting, and only occasionally they scratch from the inside, reminding you that they firmly into your thoughts. Great cinema stays inside you and forces you to think in a different way.

If you could meet any film star or filmmaker, living or dead, who would it be and why?
Probably Stanley Kubrick; his films engage with audience on a more critical level, which I think has largely contributed to our current filmic culture.  His aesthetic and production design can be studied for their philosophical and psychological potential in which he explores themes such as the duality of man; I wrote my master’s thesis on his themes and his uses colour in the narration of his films.

What is your favourite film of all time?
Argh! I don’t believe anyone can pick just one! I’ll tell you three that have had a real impact on my life – Helvetica, a documentary about how fonts affect our everyday lives, I first saw at a film festival back in 2007 and I know this sounds super nerdy but that it changed how I saw everything around me and sparked an intense interest in design that has largely led me to where I am now. I love typography because it is both art and communication at the same time. Second, I think Kubrick’s The Shining is a perfect example of how to execute psychological horror and became the film by which I measure every horror film against, and third, a film that perfectly balances happiness and sadness, playfulness and profundity is one of my all time favourites Mary and Max.

What do you do when you’re not working?
Running mostly! When I’m not feeling lazy that is! And then watching films when I am! I try to travel whenever I can; I’m off to Japan this month and that’ll be a big one to tick off the bucket list. I want to see every corner of the world with every opportunity that presents itself.

Access all of our Inside the IFI interviews here.