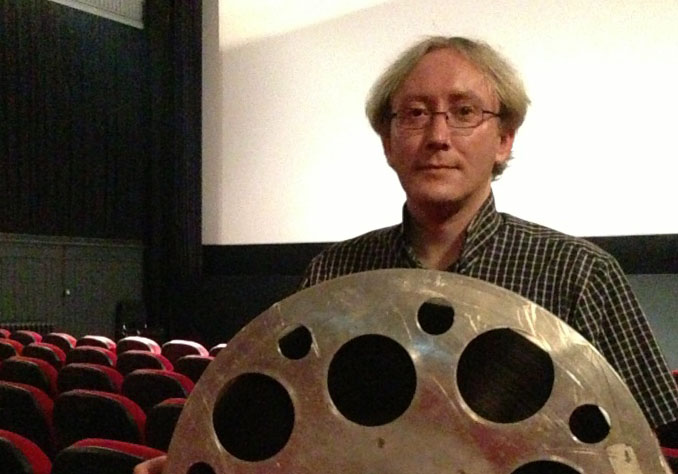 INSIDE THE IFI – KEVIN COYNE INTERVIEW

Welcome back to Inside the IFI, where we’re giving you a glimpse at what goes on behind the doors of the Irish Film Institute.

We’ve already become acquainted with an array of people who work behind the scenes here, from our IFI Player Co-ordinator, to our Membership Officer, Projectionist and the Head of the IFI Irish Film Archive – you’ll find links to the interviews here.

Today we’re visiting a different department, the Cinema Office. This is where the work of deciding on which films will play and the logistics of getting them into the screens happens, among other things. Here’s Programmer Kevin to tell us more.

What is your name?
Kevin Coyne.

And your job title?
Cinema Programmer.

How long have you been with the IFI?
Six years next month.

What does your job entail?
My main role is to select films for screening at the IFI. There are a number of contexts in which we show films – new releases, reissues, festivals, seasons and retrospectives, strands, and one-off events – some of which will involve a curatorial aspect. This involves viewing films, research on possible titles as well as tracking down copyright permissions and materials (a 35mm print is always the ideal for older titles), and presentation of the film either through copy for our monthly programme or before an audience. I will also suggest possible guests, and work to confirm their attendance at the IFI.

Can you describe a typical day?
Every day is different, but usually starts with catching up on emails and checking the trade papers for news and reviews before attending a screening. The remainder of the day may be spent researching the availability of particular titles for a planned season, considering or originating possible future events, writing copy, or watching another film. Co-ordination with external partners or with IFI colleagues on a particular event is a regular occurrence. In the evening, we may have a screening for which we have guests in attendance, or, in some cases, there may be a preview screening of a new title to attend, or the evening might be spent just trying to catch up on more viewing at home. 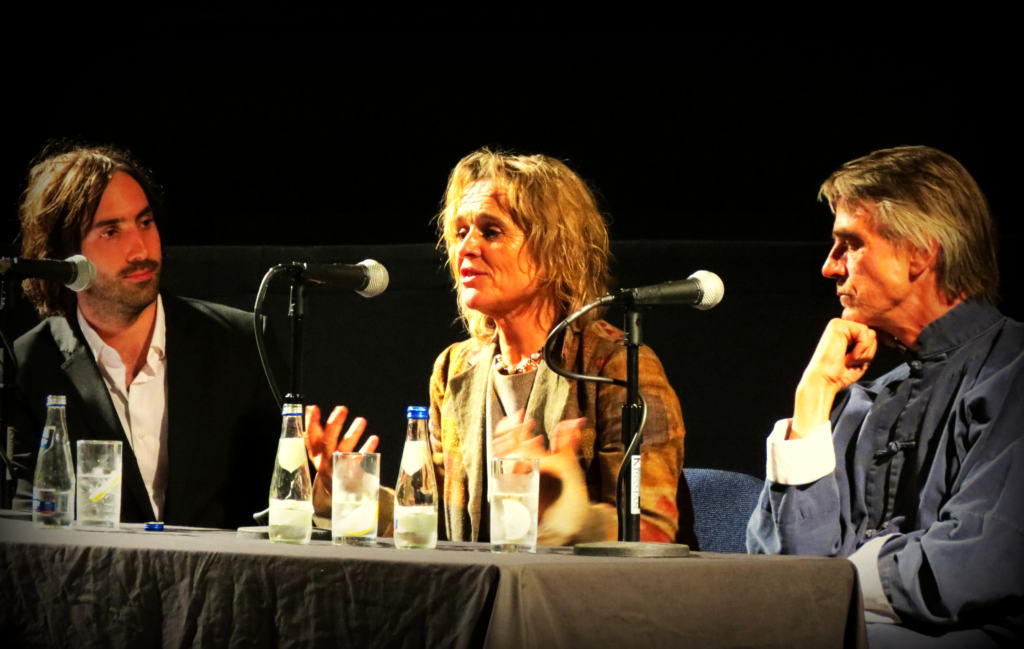 Do you have a favourite experience from your time at the IFI?
Where to start? Dinner with Sinéad Cusack and Jeremy Irons, impromptu art history lectures from Peter Greenaway in the Hugh Lane Gallery, discussing 1980s high school movies with Laura Mulvey, Roy Andersson with Mike Leigh, Billy Wilder with Frank Henenlotter,  and Alfred Hitchcock with Charles Barr and Donald Spoto, giving Bobcat Goldthwait a tour of the cinemas, watching Aliens on 70mm with Michael Biehn in attendance, 2001: A Space Odyssey on 70mm, meeting Juliette Binoche and Jacques Audiard, who was possibly the coolest man on the planet . . .  I could go on and on, especially as I haven’t even touched on experiences I had at the IFI as an audience member, before I began working here.

Do you have a project/assignment you’ve worked on that you’re particularly proud of?
As well as my day-to-day activities, I take primary responsibility for Horrorthon, Kinopolis, and Open Day, and it’s always gratifying to see those events do well. Kinopolis in particular has grown hugely in the last couple of years, and that’s especially rewarding. I’m delighted that the IFI continues to champion celluloid, be it 16mm, 35mm, or 70mm. However, while I’m pleased to have been responsible for screening Jacques Rivette’s 13-hour opus, Out 1, and curating events such as a season of Iranian films focusing on women’s rights, and a Harmony Korine retrospective, I think the 4-month long, complete retrospective of Alfred Hitchcock will always be top of my list. It remains the largest season the IFI has ever mounted. Had I known how much work I was bringing on myself, I might not have been such an advocate for doing something of that scale, but it all came together, with numerous supporting events, and it became something to which the entire organisation contributed, which was a wonderful experience. 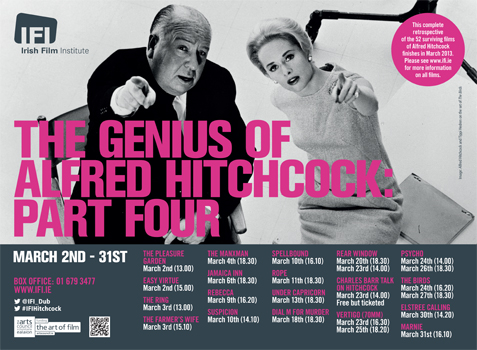 Is there another initiative or project at the IFI which has really impressed you?
I think the work the Education Department does in engaging schoolchildren with film, hopefully creating a new generation of cinephiles, is extremely important. Similarly, the work of the Irish Film Programming Department in promoting Irish film at home and abroad is something to be applauded. The achievements of the Irish Film Archive in adapting to, and in some cases creating, new technologies for preservation are gaining global recognition, which is remarkable.

What makes the IFI unique?
Its staff. It’s the staff of the IFI that I feel make it a unique place to work, and I believe that filters through to our audiences in the breadth and diversity of our programme and activities. There is such a wealth of expertise throughout the organisation, and such commitment to our goals of ‘exhibit’, ‘preserve’, and ‘educate’, that it’s a pleasure to be part of the team, and to play my own role in such an important cultural institution.

If you could meet any film star or filmmaker, living or dead, who would it be and why?
An impossible question. My answer to this could change daily, but lately, thanks to Eureka’s boxset of Buster Keaton shorts, I’ve been thinking a lot about the first generation of filmmakers, and the freedom they had with this new medium, creating techniques and the grammar of film that laid the foundation for everything that has come since. Leaving aside vitally important filmmakers such as Eisenstein and Griffith, I think it’s in the first comedies that the viewer really gets a sense of the willingness to invent that these filmmakers had, and took full advantage of: Keaton, Chaplin, Harold Lloyd, Mack Sennett, Hal Roach, Laurel and Hardy, and of course Méliès, all of them exploring the possibilities of film, with no thought as to its longevity, but just taking and having fun with the opportunity, with the sole aim of entertaining audiences, evolving the nascent art as a by-product. I find them a pleasure to watch, and the sheer manic joy of testing the boundaries shines from the screen. So, maybe a dinner party with all of those named above?

What’s your favourite film of all time and why?
Another impossible question, and my answer to this one could change hourly. I will say that one of the most important films to me personally is Blue Velvet (David Lynch, 1986), because it was the first time I noticed the elements of a film, and suddenly realised how film could be constructed. There’s a scene early on in the film where Kyle MacLachlan’s character is asking the coroner questions about the ear he has found; the coroner notes that the ear was cut off with scissors, and there’s an immediate edit to a pair of scissors cutting through police tape. I remember seeing this for the first time, and flinching. Realising the effect of the juxtaposition of the suggestion of scissors and the sight and sound of them immediately afterwards opened my eyes to film as something more than simple storytelling, that it could be an art, and turned what was until then just a hobby into something much deeper.

What do you do when you’re not working?
Try to catch up on all the films I still haven’t seen.

Catch up with all of our Inside the IFI interviews right here.