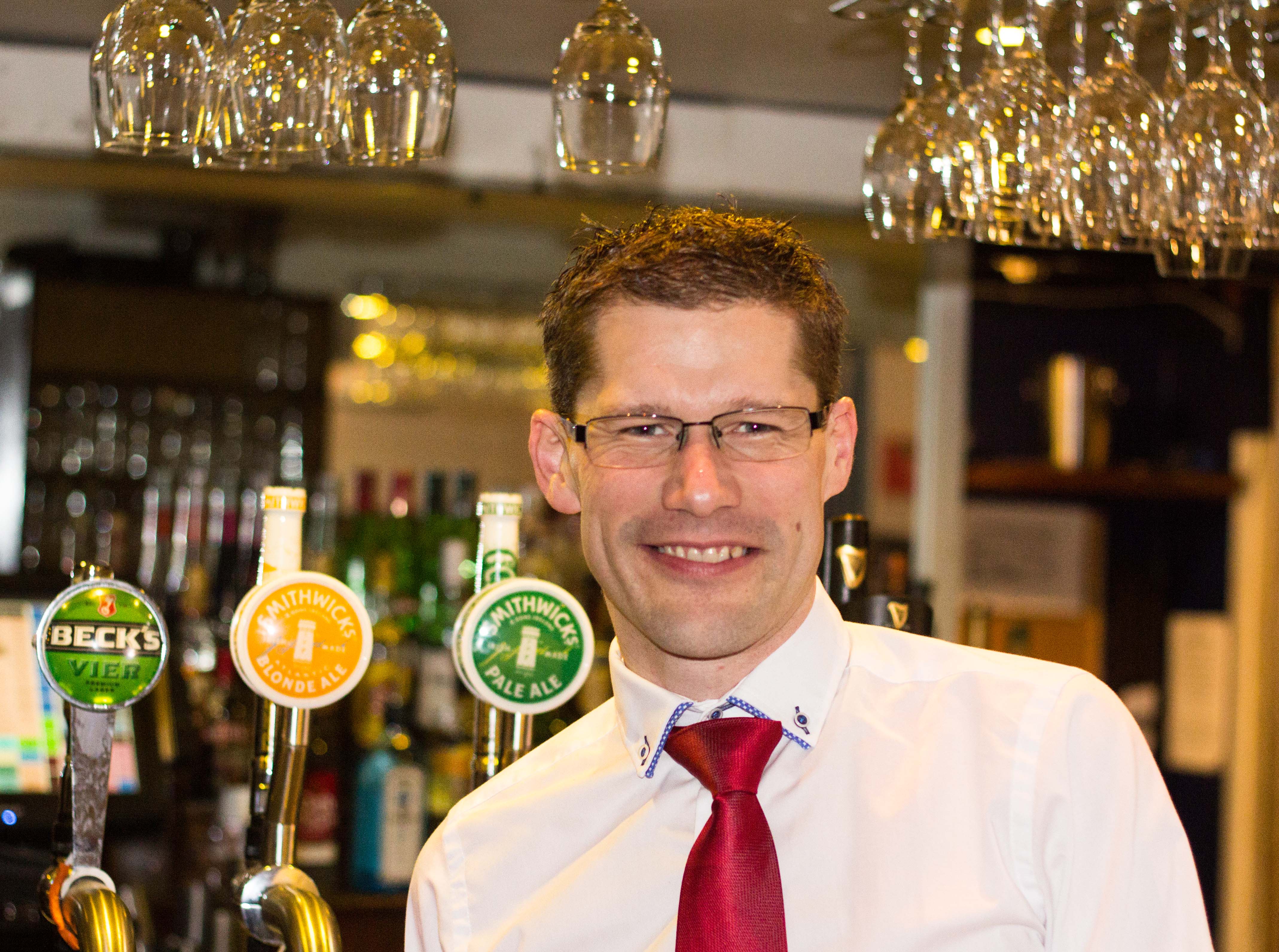 Welcome back to Inside the IFI, where we give you a glimpse at the work which goes on behind the scenes at the IFI.

Previously we’ve visited the Head of the IFI Irish Film Archive, our Membership Officer, Cinema Programmer and more, you can find all of the interviews to date right here. Today it’s time to step into another new area – food and beverages with Adam.

What is your name?
Adam Isherwood

And your job title?
Head of Food and Beverage

How long have you been with the IFI?
I joined last March, so I am coming up on my first year.

What does your job entail?
My job is to pull together the different elements of the Food and Beverage offerings in the IFI, from the kitchen and in to the bar. It is essential that the Café Bar is successful as it helps to support all the many amazing things that happen elsewhere in the IFI. During my time here, we have changed some suppliers and in doing this, we have been able to change our menu offerings to be able to give better, fresher produce to our guests and members.

I have focused on trying to bring back the really friendly welcome to the Café Bar, and we certainly have a great group working in the bar tirelessly to take care of people when they arrive and all through their time there.

We have staff coming in from 8 in the morning every day of the week, and the last people can go home after 1am, so it involves long hours and careful planning. We have about thirty people working in our department, so as you can imagine it involves quite a lot of logistics. 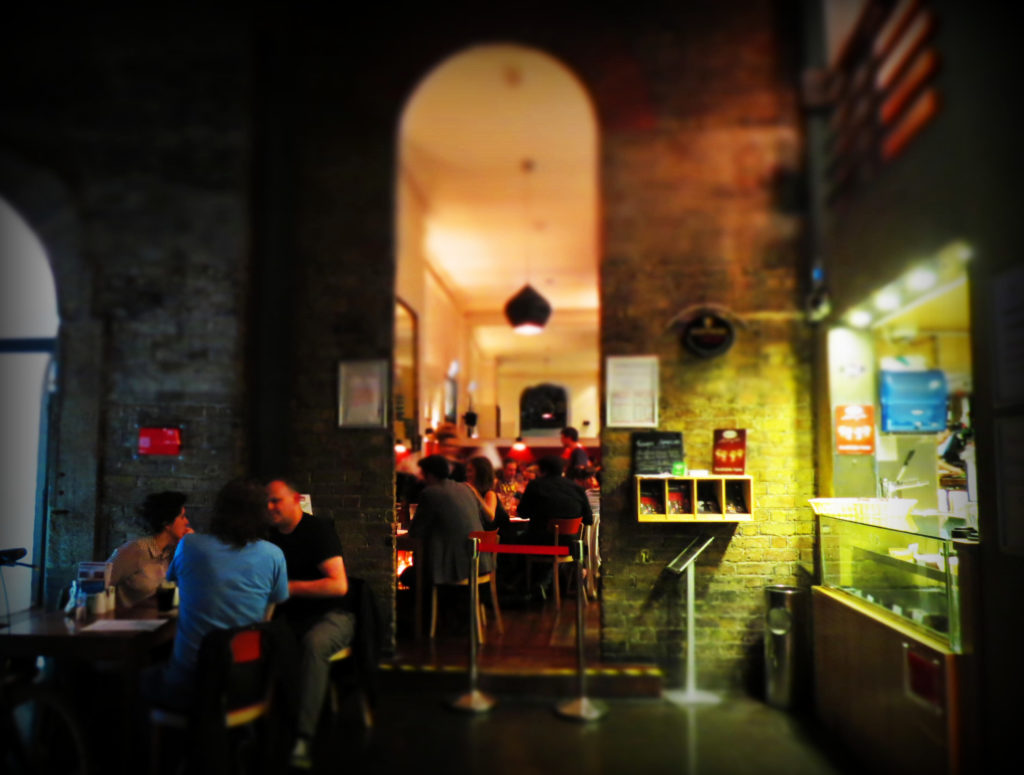 Can you describe a typical day?
As clichéd as this may sound, every day is different – completely different. And this is why I love working here. We could have a schools group coming in the morning that our Education department have booked in, or our very popular “Wild Strawberries” event that shows a film in the morning with a complimentary tea or coffee for €4.25 on the last Wednesday and Friday of every month. There could be about 250 people attending, looking for lunch after the film. I love the hustle and bustle of these lunches!

In the afternoon, we have people drifting through the foyer, checking out film posters and trying to choose what they might go and see. It is a pleasure to approach the undecided, and let them know about films that I have heard positive reviews for and then to try and keep an eye out for them coming back out to see if they agreed with the recommendation – I usually get it right!

The evenings, as you can imagine, are our busiest time. People are in a rush to get to their cinema on time, and it all comes in waves. A lady needs to get a glass of merlot quickly to bring in to the cinema, another lady needs to pay her bill, a gentleman would like to order for his family and another gentleman could be eager just to get a seat. This is where the team in the Café Bar really comes to the fore. Now familiar faces like Eamonn, Dominika, Alex and Tetyana all seem to excel at having multiple conversations at the same time! 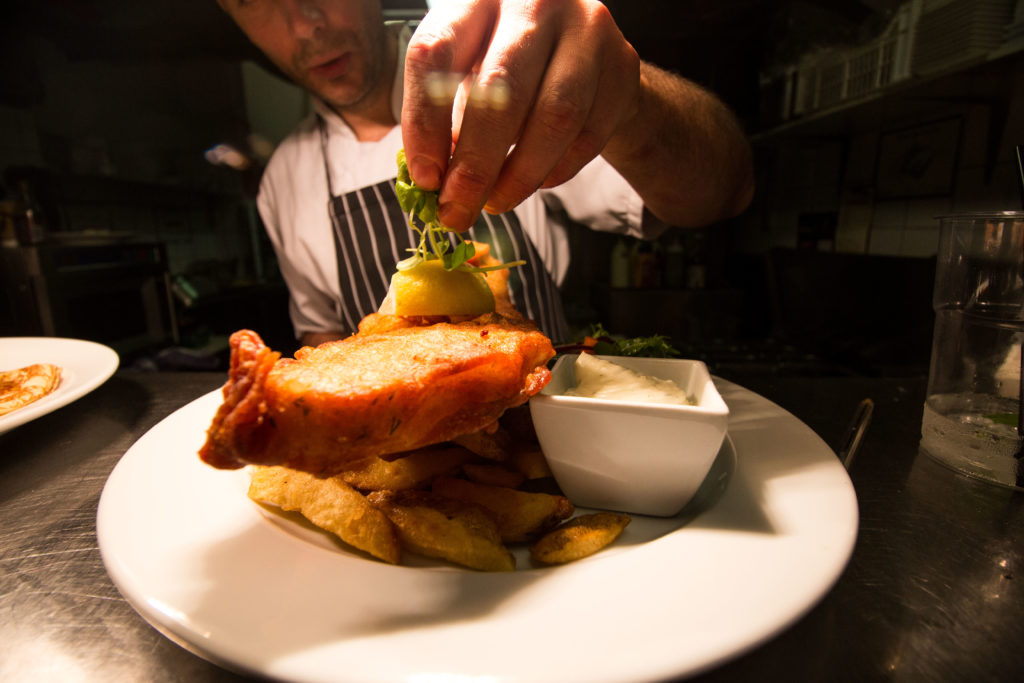 Michal hard at work in the kitchen

It is all about getting the guest what they need, and quickly. In the kitchen, we have a very talented Chef, Michal, whom I had worked with for ten years previously, who never seems to be under pressure. He has a true passion for his food, and is always keen to look after any request that comes in to his kitchen – within reason, of course!

Do you have a project you’ve worked on that you’re particularly proud of?
We now run all sorts of events in order to bring more value to our customers. In February, we had a Spanish night of “vino and tapas”. Keeping in mind that people are now starting to book their summer holidays, and Spain is probably one of the more popular destinations, so I had a sommelier come in to talk about four delicious Spanish wines to best prepare people for their holiers. Within hours of this going on sales, it sold out! We have already started to plan our next wine soiree, so keep your eye out as it will probably also sell out quickly. 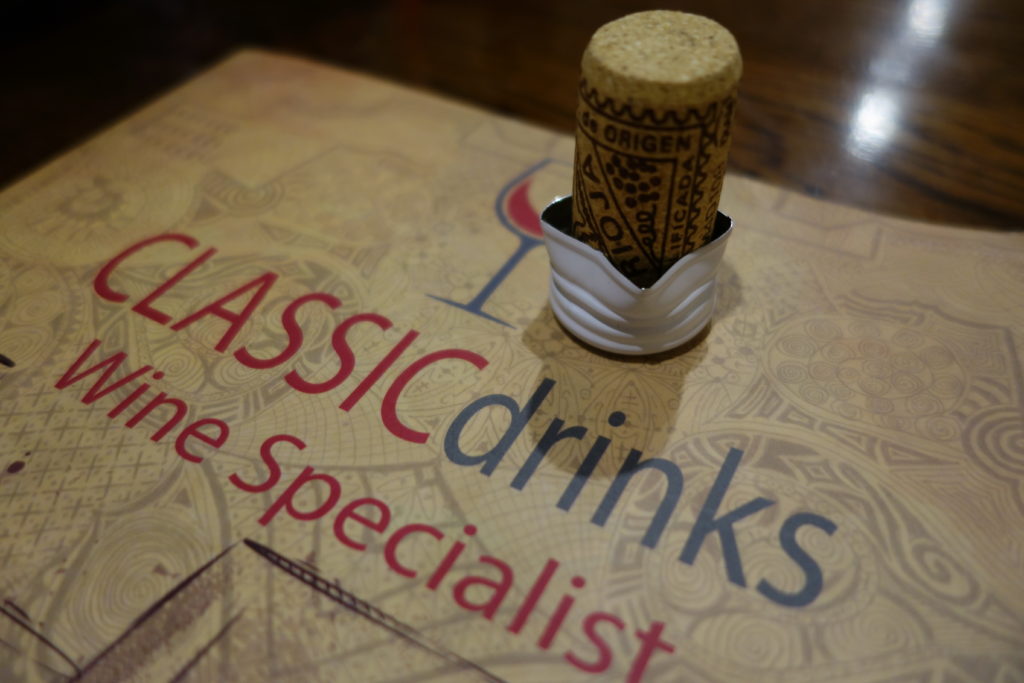 Do you have a favourite experience from your time at the IFI?
There truly is something different going on here every day. With departments for exhibiting films, educating about films, and of course, preserving film you need to keep your eyes open all the time.

Last year, soon after I had started, we had hosted a Shakespeare festival to commemorate 400 years since his passing. We booked Meeting House Square and showed “Much Ado About Nothing”. We brought in a pig, and slow roasted it for ten hours on a spit outside on our Terrace. It was great fun, and certainly caught the imagination of the film goers as they received a really tasty pork filled bap just carved and pulled off the pig practically to order.

Is there another team or project at the IFI which has really impressed you?
I have been blown away by the passion of the guys that work over in Programming (read the interview with Kevin from Programming here). I have a desk in a shared office with the team from Programming and they really do investigate and research every avenue, nook and cranny when it comes to the films that we show. It’s a chatty office, and often you can find yourself listening in on their open discussions on the latest titles. These discussions are informed, educated and they are all open to having their minds changed by each other; their mutual respect is palpable. Then the head projectionist will come in and make a comment about the quality of a print that he is really excited about.

And I think that this is where you get the real flavour of the films that we show here, they are like the chefs in my kitchen. A dash of this, and a sprinkle of that, and a whole lot of hard work!

What makes the IFI unique?
I think that the uniqueness is the people that work here, and their openness and passion to do everything that we do. We dare to show films of a risqué nature. We dare to promote less well known films. We dare to invest heavily in digitising film. We dare to look to the youth of tomorrow, and the hope that through our schools programme that we might inspire actors and / or film makers.

If you could meet any film star or filmmaker, living or dead, who would it be and why?
It would have to be George Lucas. He created a world that I grew up in in my childhood. I dreamt of what it might mean to bullseye Womp rats in a T-16. (Apparently, they’re not much bigger than two meters!) As I got older, I was very aware that the prequels were slaughtered, but I still enjoyed them as they brought back happy memories from my childhood. Now, I am a little older again, and I have a son that I am going to be able to take to a galaxy far, far away over the next few instalments. So to answer the question about a filmmaker, I would love to watch the films with Lucas. I would have a hundred questions for every scene. Of each of the films so far, my favourite has been Empire Strikes Back, but something tells me that this next Episode is going to be even better!

What do you do when you’re not working?
I love to play golf. I only took it up a few years ago, and I am truly hooked! I am not very good, but I think it is the challenge of trying to get better that has me hooked. It can be a frustrating game, and a rewarding game. It has so many idiosyncrasies. For example, you could hit a bad shot, and get away with it, and you could hit a beautifully flushed shot, and it come up short and go in the water – there are very fine margins.