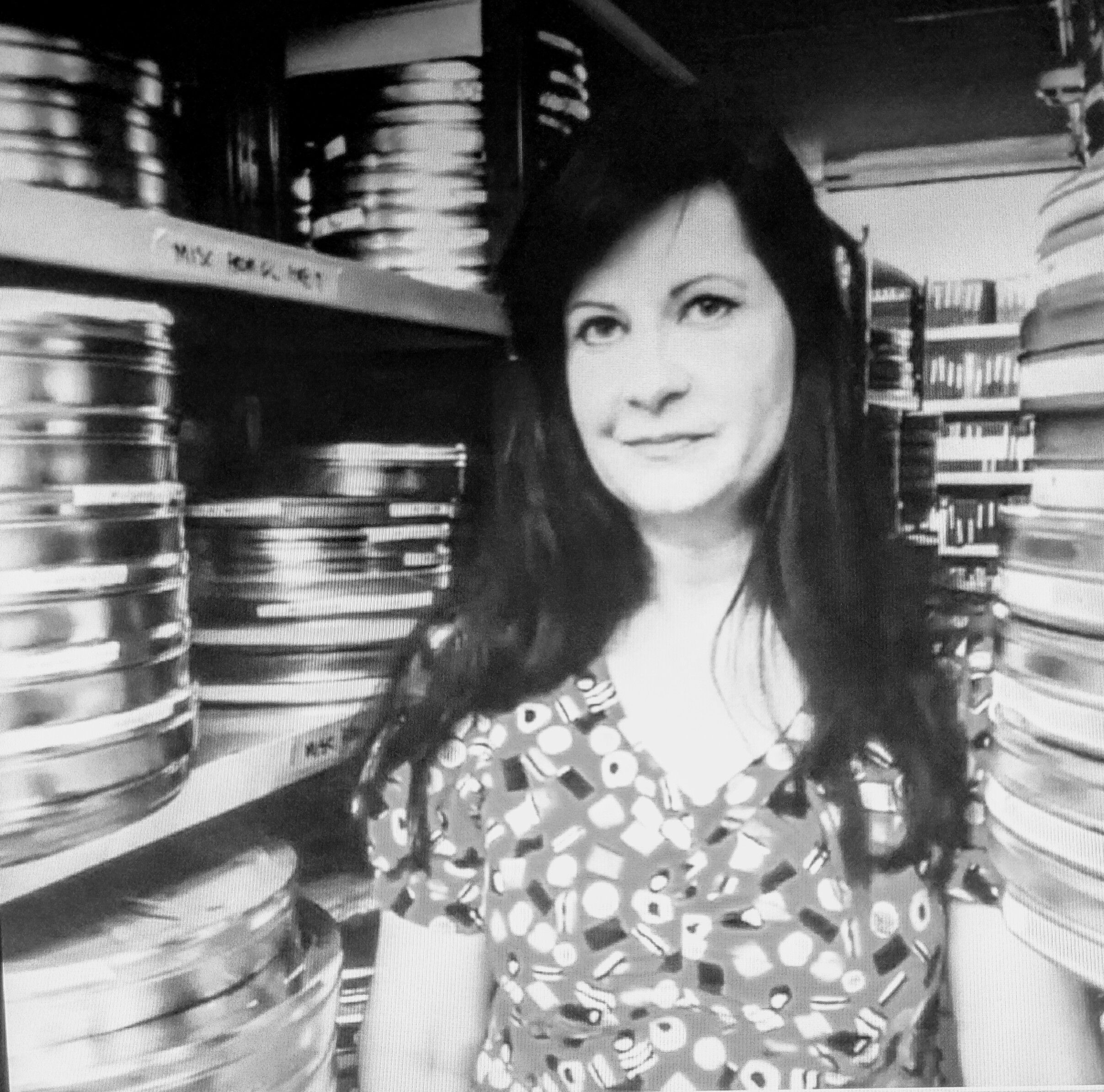 Welcome back to Inside the IFI, where we’re giving you a glimpse at the inner workings of everything we do across Exhibition, Preservation and Education.

In our series of interviews so far we’ve met IFI Player Co-ordinator Aaron, Projectionist Paul and Membership Officer Saidhbh. Today, we’re very pleased to bring you a conversation with Kasandra O’Connell, the resident Head of the IFI Irish Film Archive. Read on for her thoughts on the importance of preserving our film heritage, what makes the IFI unique and a few of her favourite films.

What is your name?
Kasandra O’Connell

And your job title?
Head of the IFI Irish Film Archive

How long have you been with the IFI?
17 years this Autumn

Can you describe a typical day?
It’s a cliché but there is no typical day here, there is endless variety in my role; whilst I spent a lot of time dealing with managerial issues like policy, strategy and funding, there are also a range of interesting projects to work on. I chair an Advisory Group on Moving Image Preservation for the Department of Arts, Heritage and the Gaeltacht, and we are just finishing a report on the results of a national survey on moving image collections. We’re always working on improving the way we do things at the IFI Archive so I’m in daily collections management and metadata meetings, which may sound dull but which I really enjoy and are the core of our work. There are a few things happening at the moment that are really exciting.

We launched the IFI Player last September, which is a virtual viewing room for the Archive’s collections, although we regularly screen material from the Archive this is the first opportunity we’ve had to globally share our unique collections. This is an on-going project, so I’ve been working with Aaron Healy, the Player co-ordinator and other staff to select titles, digitise the content from the original films, write copy and manage the development of the platform. The IFI Player has been incredibly well received so it’s been hugely rewarding for everyone involved.

Another big project we are about to complete is the conservation, cataloguing and digitisation of thousands of adverts made for Irish TV in the 1960, 70s and 80s. I’m working with my colleagues on a project funded by Ireland 2016 Project Office and Commemorations to acquire copies of historic Irish newsreels from the period 1914-24. These were filmed by various external companies as Ireland had no indigenous news production at the time, making them the best record that exists of this critical period in Irish history. They haven’t been digitised or made available collectively to date, so we will be preserving high resolution digital copies here and making them available to the Irish public as a collection for the first time via the IFI Player

Do you have a favourite experience from your time at the IFI?
Two moments that were particularly memorable come to mind. Brendan Bowyer coming in for a screening of the Royal Showband documentary The One Nighters and singing 3 songs to a backing track in cinema 1, the crowds were literally dancing in the aisles that night! The other was the sight of Daniel Day-Lewis coming in on his motorbike for a screening of My Left Foot, as part of a Neil Jordan retrospective. He and co-star Hugh O’Connor were greeting each other and catching up in the lobby of the Archive building, as very star struck Archive staff were leaving for the evening. 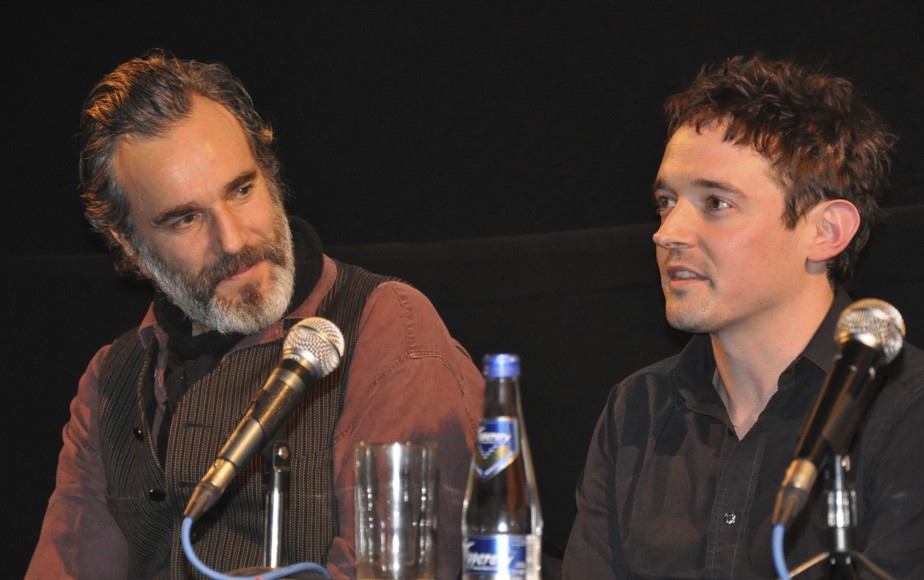 Do you have a project/assignment you’ve worked on that you’re particularly proud of?
All the work of the IFI Archive makes me proud, it’s very rewarding to know that we are helping to protect and share our national memory. The collections in the IFI Archive are endlessly fascinating and after all these years I’m still excited by their content and eager to make them as widely available as possible. I also work with an amazing team, who are dedicated and fearlessly take on every challenge they encounter. I can honestly say the commitment and enthusiasm of the archive team is one of the things I enjoy most about my job.

I’m lucky to have a job where my role is constantly growing and developing. When I joined the IFI we were on the verge of the changeover to digital formats, so as technology has developed and our digital preservation requirements have grown, my role has evolved. The way we have approached digital preservation is something I’m proud of, we worked together as a team to identify our needs, evolve our processes and procedures and find a sustainable solution to a challenge that faces all archives.

One of my big focuses in recent years has been creating and implementing our Digital Preservation and Access Strategy which we published in 2014.  It has been very well received internationally, and it continues to be a roadmap for our Digital development. Another thing I’m proud of is the way the IFI as an organisation manages to achieve so much with limited resources.  We are an arts organisation so resources are always an issue. The IFI is 25% funded by the Arts Council, but we have to find the rest of our operational budget ourselves. Whilst it is always a challenge as we are quite dependent on commercial revenue from the cinemas and café, it has made us incredibly efficient and innovative, which I think has led to a dynamic way of working.

Is there another initiative or project at the IFI which has really impressed you?
The amount of work and organisation that goes into putting on our various festivals always impresses me. In addition to the day to day activities in individual departments there is amazing collaboration across different areas of the organisation to host the multiple festivals and special events that make the IFI unique. The logistical challenge of hosting so many special events and the man hours and brain power that goes into these every year is staggering and not something I think that public is aware of.

In addition to the curatorial work of departments like IFI Education, Irish Film programming and IFI Cinemas, the supporting activities of marketing and public affairs, front of house, café bar and the finance dept are also essential in delivering our festivals to such a high standard .

What makes the IFI unique?
The building, the people (both staff and audience), the films and our heritage – we’ve been around in one form or another since 1943. 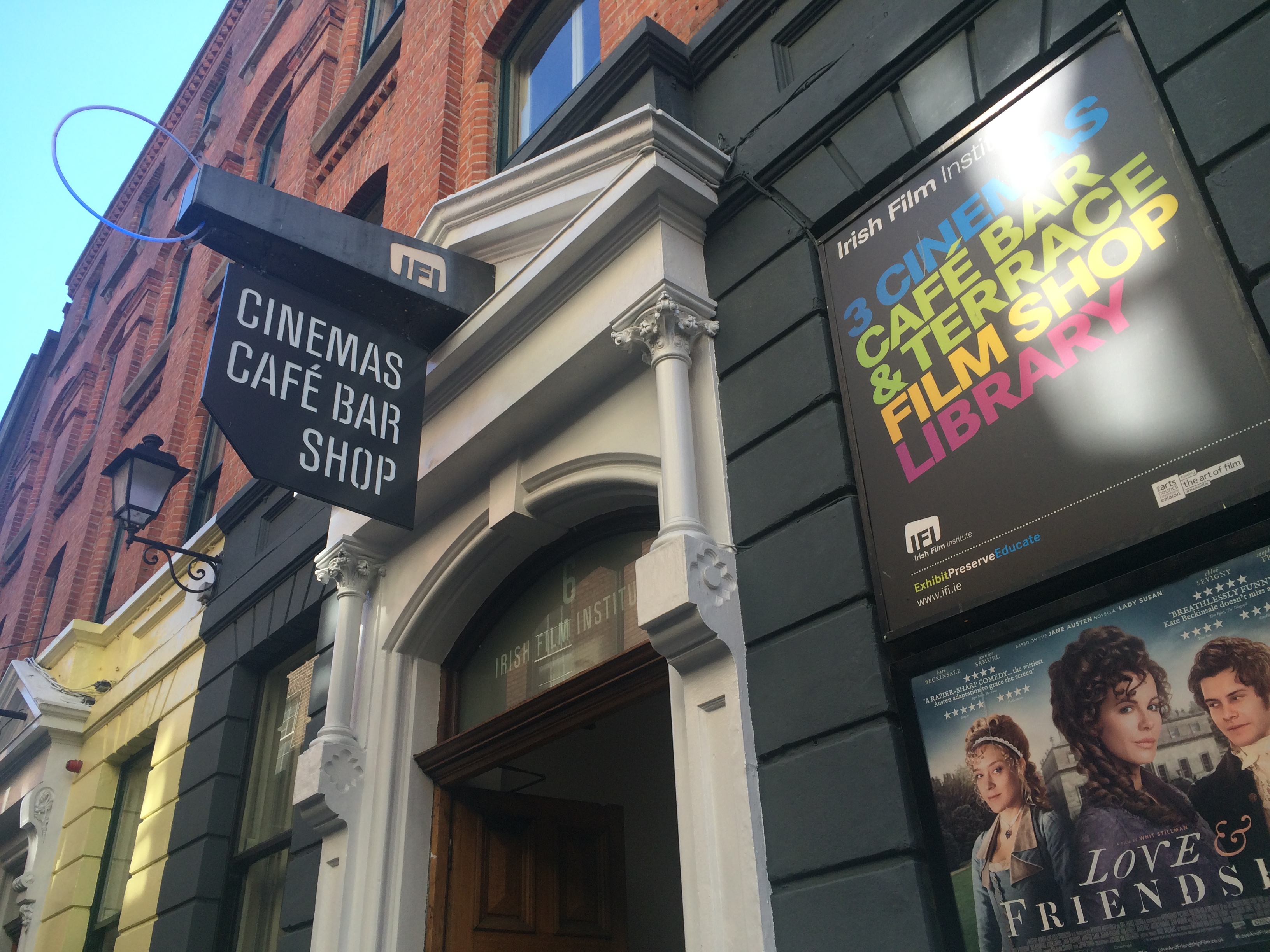 If you could meet any film star or filmmaker, living or dead, who would it be and why?
Dirk Bogarde, I’ve been a huge fan for many years, he seemed to have been a very complex individual, very witty and urbane, but also constrained by the public image he created and felt he needed to maintain. He took a very brave career move at the height of his popular success by forgoing mainstream cinema for much more challenging and experimental work, moving from being a Rank matinee idol to working with such renowned artists as Fassbinder, Losey, Pinter, Visconti and Tavernier amongst others. I think he would be fascinating to spend time with.

What’s your favourite film of all time and why?
I don’t have one, but there are some films that no matter how many times I watch them, I will always look forward to seeing them again; In no particular order: Rosemary’s Baby, the Wicker Man, A Clockwork Orange, Double Indemnity and Lolita. Adam & Paul would be my favourite Irish film, with Room or Frank close behind, basically Lenny Abrahamson is supremely gifted!

What do you do when you’re not working?
I’m involved in greyhound rescue, so I spend a lot of time with the dogs!