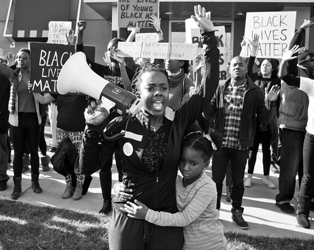 The IFI Documentary Festival 2017 launches tonight with a screening of Sonia Kronlund’s Cannes hit, Nothingwood. The festival will run over the next five days, closing on Sunday with the World Premiere of Mark Noonan’s Kevin Roche: The Quiet Architect. Sixteen international features will screen, alongside Saturday afternoon’s ever-popular shorts programme.

Watch trailers for the full lineup of films below.

Nothingwood, a rousing tribute to the Ed Wood of Afghan filmmaking, follows the gonzo efforts of Afghan actor/producer/director Salim Shaheen and his ramshackle repertory group as they embark upon the auteur’s 110th no-budget action feature, leading the increasingly anxious Kronlund deep into Taliban-controlled territory. Tonight’s gala screening will be followed by a wine reception.

Kevin Roche: The Quiet Architect, which closes this year’s festival, is a profile of the Pritzker Prize-winning Irish-American architect. Although Roche has reached the top of his profession, he has not sought fame, and little is known about him here. He is best known in Ireland as the architect of Dublin’s Convention Centre. The screening will be followed by a Q&A with director Mark Noonan and producer John Flahive, moderated by architecture critic Shane O’Toole.

The IFI is delighted to welcome a number of guests to this year’s festival: American director Ramona S. Diaz will discuss Motherland, a portrait of Manila’s Jose Fabella Hospital which boasts the world’s busiest maternity ward, while campaigner Jaha Dukureh will appear alongside directors Patrick Farrelly and Kate O’Callaghan for Jaha’s Promise, the story of Dukureh’s high-profile battle against Female Genital Mutilation.

Producer Trevor Birney will discuss Tim Golden and Ross McDonnell’s Elián, a new documentary which examines the aftermath of the 2000 diplomatic tussle between Cuba and the US over the fate of a five-year-old boy while, on Saturday, director Michael Fanning and author Rónán Mac Con Iomaire will discuss Rocky Ros Muc, the story of boxer Seán Mannion, who travelled from the small town of Ros Muc in Co Galway to the heady heights of New York’s Madison Square Garden.

A number of this year’s Irish-produced features have a distinctly international flavour: winner of the Best International Feature at Toronto Hot Docs 2017, A Cambodian Spring, tells the story of three people caught up in the chaotic events shaping modern-day Cambodia – director Chris Kelly will attend the festival to participate in a Q&A. Butterfly City, produced by Jeremiah Cullinane and directed by Olga Černovaitė, centres on the young Lithuanian town of Visaginas, already under threat following the decommissioning of its nuclear power plant.

Grand Jury Prize nominee at this year’s Sundance Festival Whose Streets? captures the escalating situation in Ferguson, Missouri following the shooting of unarmed teenager Michael Brown by police in 2014; the event triggered mass demonstrations and rioting and became a flashpoint for the Black Lives Matter movement. For music fans, Rumble: The Indians Who Rocked The World honours the substantial contribution of Native American musicians to popular music, while Chavela examines the life of ranchero sensation Chavela Vargas as she revolutionised Mexican traditional singing, challenging heterocultural norms in the process.

Theatre fans will love Spettacolo, which focuses on the amateur theatrical group of Monticchiello, a tiny hilltop village in Tuscany which has staged original productions for over fifty years, only to come under threat with the advent of the global financial crisis.

Tickets for the IFI Documentary Festival are now sale. Individual screening tickets are €11, excluding the opening film which includes post show reception (€15). A special ticket package is available in person only from the IFI Box Office: 5 films for €45.

Tickets available online from www.ifi.ie/docfest, at the IFI Box office at 6 Eustace Street, Dublin 2, and over the phone at 01 679 3477.