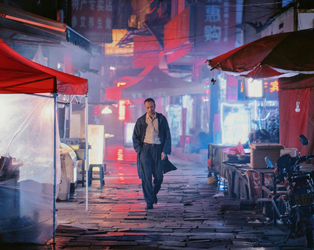 This year sees two guests of honour attend the festival: acclaimed director Tsai Ming-Liang and his long-time collaborator, actor Lee Kang-Sheng. They will present rare screenings of two of Tsai’s classic films, The River and I Don’t Want To Sleep Alone, plus his latest, Your Face. Tsai and Lee will also take part in a Masterclass, supported by Screen Skills Ireland and moderated by renowned critic Tony Rayns, on Saturday 13th.

A number of Irish premieres will also feature, including the festival’s opening film, Hong Sang-Soo’s latest comedy-drama Hotel by the River. With this new film, Hong has crafted an elegant tragi-comedy, a chamber piece that unfolds in less than 24 hours where an ageing poet is approaching his final days. Beautifully filmed in black and white, this is a fresh, humanistic exploration on family, life, love and death.

Commenting on this year’s slate, the festival’s Artistic and Programming Director Marie-Pierre Richard said, ‘’We are honoured to welcome auteur filmmaker Tsai Ming-Liang and actor Lee Kang-Sheng to present rare screening of three films programmed for our festival by Tsai and his producer. Distinguished film critic and one of the world’s leading experts on Asian cinema Tony Rayns will be here to conduct a masterclass and Q&As with Tsai and Lee, and also to present our opening and closing films. The new films playing at this year’s festival bring together the voices of significant filmmakers from a multitude of geographical contexts in East and South East Asia, with each skillfully addressing questions of identity and the burning issues of our time including ethnicity, nationhood and family.’

Also featuring at this year’s festival are Lina Wang’s stunning A First Farewell, a prize winner at both the Berlin and Tokyo film festivals; A Family Tour, directed by Ying Liang, is a moving drama that puts political pressure exerted on filmmakers under the spotlight; Bi Gan’s sumptuous Long Day’s Journey Into Night, which features a long, virtuoso single take, shot in 3D; Ryusuke Hamaguchi’s modern romance Asako I & II; Zhang Ming’s The Pluto Moment; and Liu Jie’s fast-paced social justice drama Baby, which sees a young woman abduct an infant who has the same birth defect she herself had as a child.

Closing the festival this year will be Phuttiphong Aroonpheng’s debut Manta Ray, which focuses on the relationship between a fisherman and the Rohingyan refugee he finds unconscious in the local swamps. This poignant film tackles the refugee experience and associated questions of identity, self, border, ethnicity and nationhood.

Tickets for the East Asian Film Festival Ireland are available now at www.ifi.ie/eaffi-2019 or by calling the IFI Box Office on 01-6793477. More information is also available from www.eaffi.ie.

For more information, interview requests, and images contact Aisling O’Halloran at the IFI on 01 6795744 (aohalloran@irishfilm.ie) and Marie-Pierre Richard at EAFFI (mprichard@eaffi.ie).

The East Asia Film Festival Ireland is supported by the Arts Council.

The festival would like to acknowledge the support of RTÉ Supporting the Arts, Dublin City Council, the Irish Film Institute, The Cultural Taiwan Foundation and the Taipei Representative Office in Ireland for their support with the Taiwanese Cinema Programme.