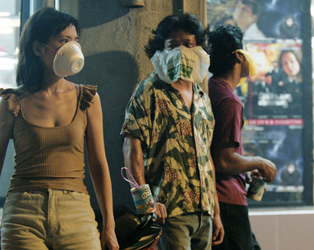 This screening will be introduced by Tsai Ming-Liang and Lee Kang-Sheng.

Homeless man Hsiao-Kang (Lee Kang-Sheng) is robbed, beaten and left for dead on the streets of Kuala Lumpur. He is found by Rawang, an immigrant worker from Bangladesh, who lives in a massive dilapidated building. Rawang carries him home, cares for him, and sleeps next to him. Chyi, a coffee shop waitress who lives in a loft above, is forced by her boss to care for his paralysed son (also played by Lee Kang-Sheng).