The film will screen with Tsai’s 2018 short Light, and the screenings will be followed by a Q&A with Tsai Ming-Liang and Lee Kang-Sheng.

Tsai Ming-Liang’s latest film is an exquisite contemplative piece. After 2017’s The Deserted, a VR work with no traditional narrative structure, and no close-ups, Tsai chose to make this new work exclusively with close-ups. After a chance meeting with Japanese composer Ryuichi Sakamoto, and having pieced together the footage, he asked Sakamoto to take a look. Tsai said, ‘A month later, he sent me some audio files saying that I could use them in any way I wished. I was thrilled by it. It felt like an adventure. After more than twenty years, I finally made a film with a musical score.’ 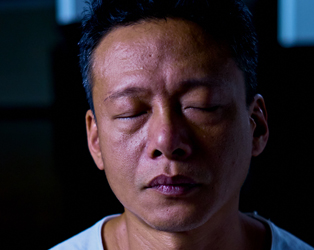