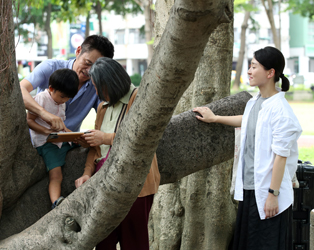 Chinese writer-director Ying Liang’s first film since 2012’s acclaimed When Night Falls is a semi-autobiographical account of an exiled female filmmaker, Yang Shu, who lives in Hong Kong with her young son and husband, having made a subversive film that offended the Chinese authorities. Her mother Xiaolin, who lives in China, has a relapse  of an old illness and needs urgent surgery. Wishing to see her daughter before the operation, they arrange to meet in Taiwan. Xiaolin travels under the regulated schedule of a tightly organised sightseeing tour of Taipei. Yang Shu and her family check into the  same hotel, and follow the tour group to various scenic locations. With a radiant cast, this is a tender and heart wrenching reflection on freedom and personal choice.