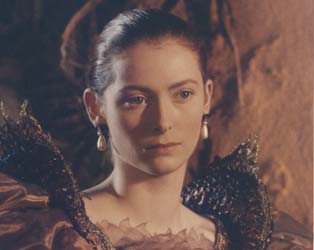 One of the most significant figures in 20th century British culture, Derek Jarman was a provocative, multi-hyphenate maverick who produced prodigious quantities of work, in a variety of mediums, throughout the late 1970s, 1980s and early 1990s. An artist of many dimensions, Jarman was a poet, a painter, a scriptwriter, a director, a cinematographer, a set designer, and an author of autobiographical journals. This retrospective season of eight of his most significant films is presented in parallel to the PROTEST! exhibition at the Irish Museum of Modern Art (15th November 2019 – 23rd February 2020), which focuses on Jarman’s wider practices as a painter, writer, gardener and political activist.

Jarman designed the expressive sets for Ken Russell’s The Devils (1971) before directing his feature debut, Sebastiane (1976), a distinctly queer interpretation of the martyrdom of St Sebastian. A fiercely outspoken advocate for gay rights, Jarman’s work is provocative and defiantly anti-establishment; his scathing attacks on British politics, and oppressive religious conservitivism, coupled with his radical use of aesthetic forms, evident in excoriating works such as Jubilee (1978) and The Last of England (1987), saw him cast as the enfant terrible of the contemporary art world, and made him a heroic figure for marginalised communities.

A highly visible public figure, Jarman made no secret of his diagnosis with the HIV virus in 1986, at the time an untreatable disease, branded a plague by the media. This coincided with his move to Prospect Cottage in Dungeness, Kent, overshadowed by a nuclear power station. He continued to work as his health declined, creating an internationally recognised garden, and made some of the most formally daring films of his career.