DEREK JARMAN: THE LAST OF ENGLAND

Jarman’s angriest film, a striking collage of Super 8mm, home video footage, and new material, is a distressing, nightmarish vision of a country which had, under Thatcher’s rule in the 1980s, as the director saw it, become a homophobic, repressive state. The film is an assault of images, some ugly, some perversely beautiful. In the most unforgettable sequence, Tilda Swinton’s Bride tears off her wedding dress in a fit of despair and grief, before leaving the country for a better world, in emulation of the emigrating couple depicted in Ford Madox Brown’s famous painting of the same name, which inspired Jarman to make the film. 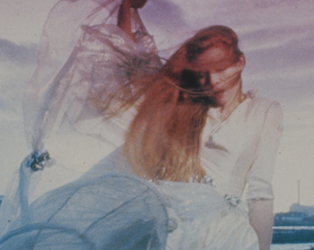