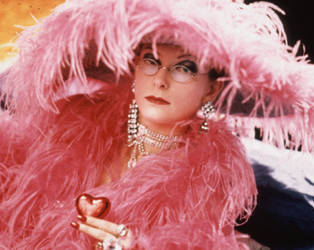 Derek Jarman’s penultimate film was a theatrical, highly imaginative biopic of the philosopher Ludwig Wittgenstein, based on a screenplay by the radical literary theorist Terry Eagleton. Commissioned by Channel 4, and working from a meagre budget as he so often had to, Wittgenstein is full of arresting visuals and bold performances from Tilda Swinton, Michael Gough and Karl Johnson, who brilliantly captures the troubled, homosexual philosopher in all of his torment and drama. The film was to be Jarman’s final narrative feature before complications with AIDS rendered him partially blind, though he made the extraordinary Blue before his death in 1994.