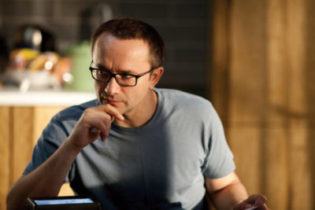 Andrey Zvyagintsev has, with the release of Loveless, his fifth film as director, solidified his reputation as one of the greatest writer-directors working today, his films bearing comparisons to those of Andrei Tarkovsky and Bela Tarr.

Ostensibly a police procedural drama focusing on a separating couple as they search for their missing son, the film – similar to all of his work – has much to say about the disaffection and malaise of contemporary Russian society.

The IFI is delighted to welcome Andrey Zvyagintsev to present a preview of Loveless on Sunday 28th, while a complete retrospective of his feature films will also take place.