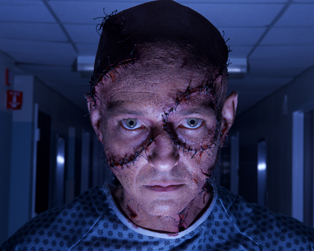 The bloodiest and goriest event in the Irish film calendar, IFI Horrorthon, will return for its most exciting line-up ever from October 25th to 29th. This year’s festival will open with the Irish premiere of the J.J. Abrams-produced World War II action-horror Overlord, directed by Julius Avery, and will also feature the Irish premiere of Luca Guadagnino’s hotly-anticipated remake of Dario Argento’s Suspiria on Sunday 28th, starring Dakota Johnson, Mia Goth, Chloë Grace Moretz and Oscar winner Tilda Swinton.

The festival will welcome a number of high-profile guests including legendary writer-director MICK GARRIS, who will take part in a Q&A following a screening of new anthology film Nightmare Cinema starring Mickey Rourke; Garris will also introduce an adaptation of Stephen King’s Sleepwalkers. Bestselling author JOHN CONNOLLY will launch his new book about Gene Martin’s 1972 film Horror Express, accompanied by a screening of the Peter Cushing and Christopher Lee classic, while renowned author SIR CHRISTOPHER FRAYLING will give a talk on seminal horror Frankenstein novel, before a screening of the Terence Fisher’s Frankenstein and the Monster From Hell.

Commenting on this year’s programme, Horrorthon spokesman Mick Fox, said, ‘This year’s festival is the biggest and most exciting in many a year. With so many tent-pole films to choose from, we are delighted to include everything a horror fan could want and more. Great films, great guests – this is one year you won’t easily forget!’

Also scheduled to appear are directors AISLINN CLARK of new Irish film The Devil’s Doorway, and ADAM MARCUS of Secret Santa. Another Irish production, Killers Within from directors Paul Bushe and Brian O’Neill, will screen on Sunday 28th.

Other highlights of this year’s slate include John McPhail’s horror-musical Anna and the Apocalypse, which will screen on Saturday 27th; André Gower’s Wolfman’s Got Nards, a new documentary which focuses on the beloved 1980s horror-comedy The Monster Squad; Nicolas Pesce’s Piercing, starring Mia Wasikowska and Marin Ireland; Andy Palmer’s Camp Cold Brook, which comes from executive producer Joe Dante and stars Danielle Harris; and Darren Lynn Bousman’s St Agatha. Crazy Rich Asians star Constance Wu headlines All the Creatures Were Stirring which will screen as a late show on Thursday 25th.

Perennial festival favourite, the Horrorthon Surprise Film, will return this year in its regular Sunday evening slot; last year’s film was Chris Peckover’s home invasion thriller Better Watch Out. Previous Surprise Films have included classics such as The Witch, The Others, The Machinist, and Paranormal Activity.

Finally, Shin’ichirô Ueda’s kinetic One Cut of the Dead, which opens with a single 37-minute take and has been called the best horror comedy since Shaun of the Dead, will close the festival on Bank Holiday Monday.