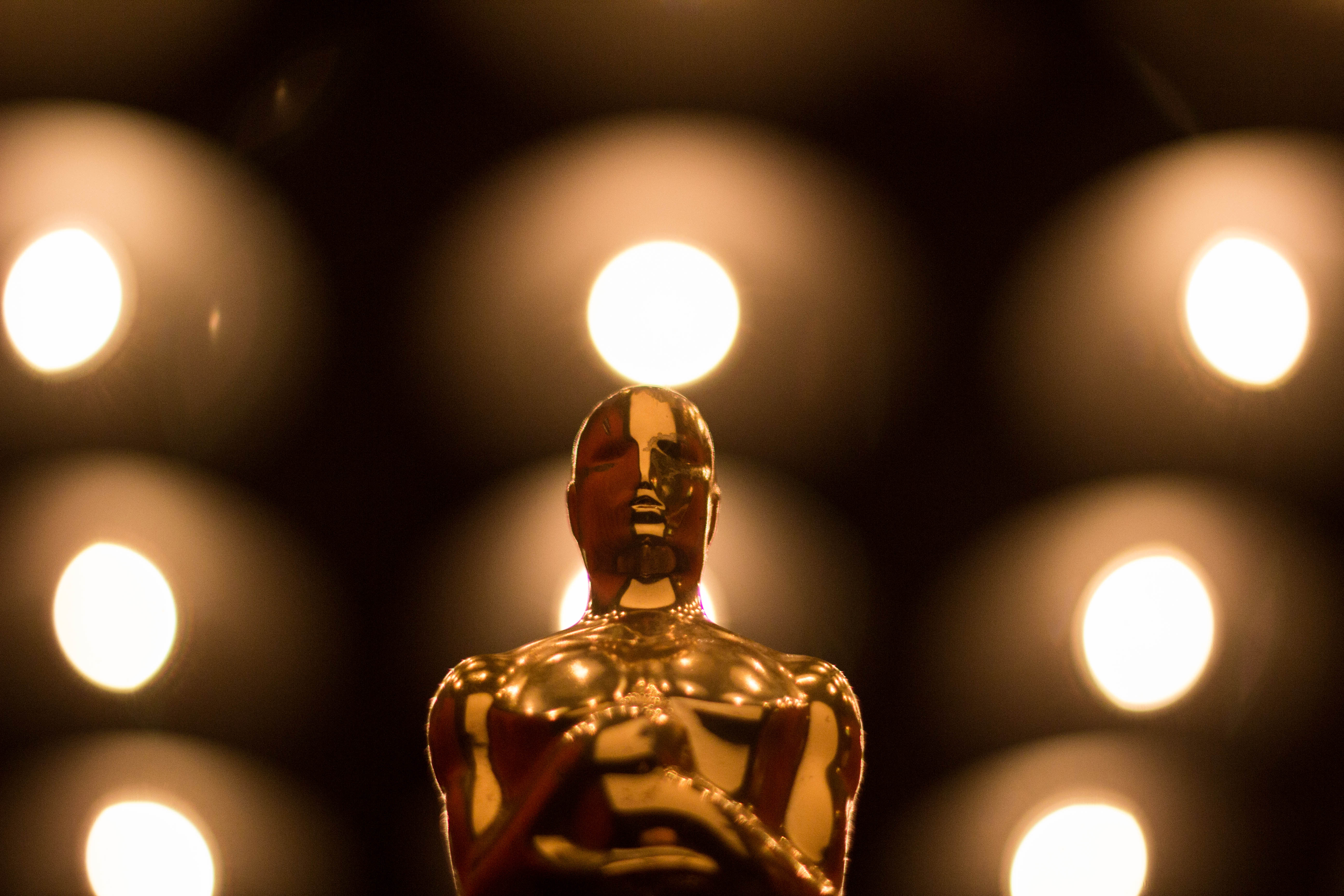 Up Close with the Oscar – Top Facts about the Award Statuette

The 89th Academy Awards are set to take place early Monday morning Irish time on the 27th of February 2017.

It’s already been a whirlwind of a year for Damien Chazelle’s La La Land; the film is tied for the highest number of Oscar nominations ever with a massive 14 nods. That puts it in the same league as All About Eve and James Cameron’s doomed love story Titanic.

And did you know we’ve got one of those statuettes at the IFI? Irish Production Designer Josie MacAvin donated her Oscar back in 1992. It was won for her outstanding work on Out of Africa in 1985 and rests proudly in our lobby, next to Josie’s Emmy for her equally stunning design on the TV mini-series Scarlett.

Ahead of the awards we’ve collected some interesting facts about the Oscar statuettes themselves. 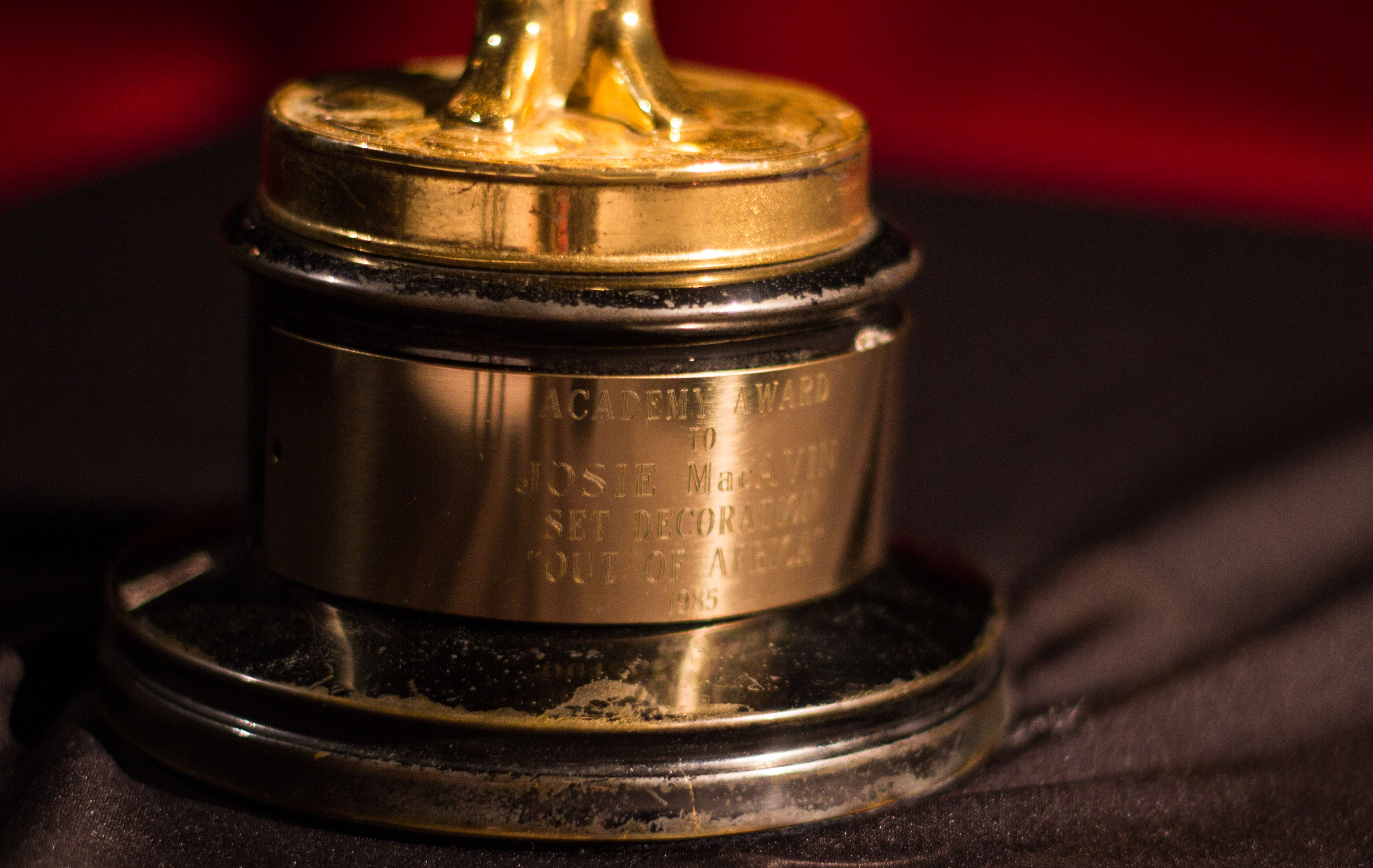 1. The Oscar statuettes have been given out since the first Awards held in 1929. The design was crafted by MGM art director Cedric Gibbons and depicts a knight standing on a film reel, holding a crusader’s sword. It was sculpted by George Stanley and has remained the same ever since.

2. In the almost nine decades since the first ceremony, 3048 awards have been handed out, and each Oscar has its own unique number. The one which was kindly donated to us by Josie MacAvin bears the number 2266. 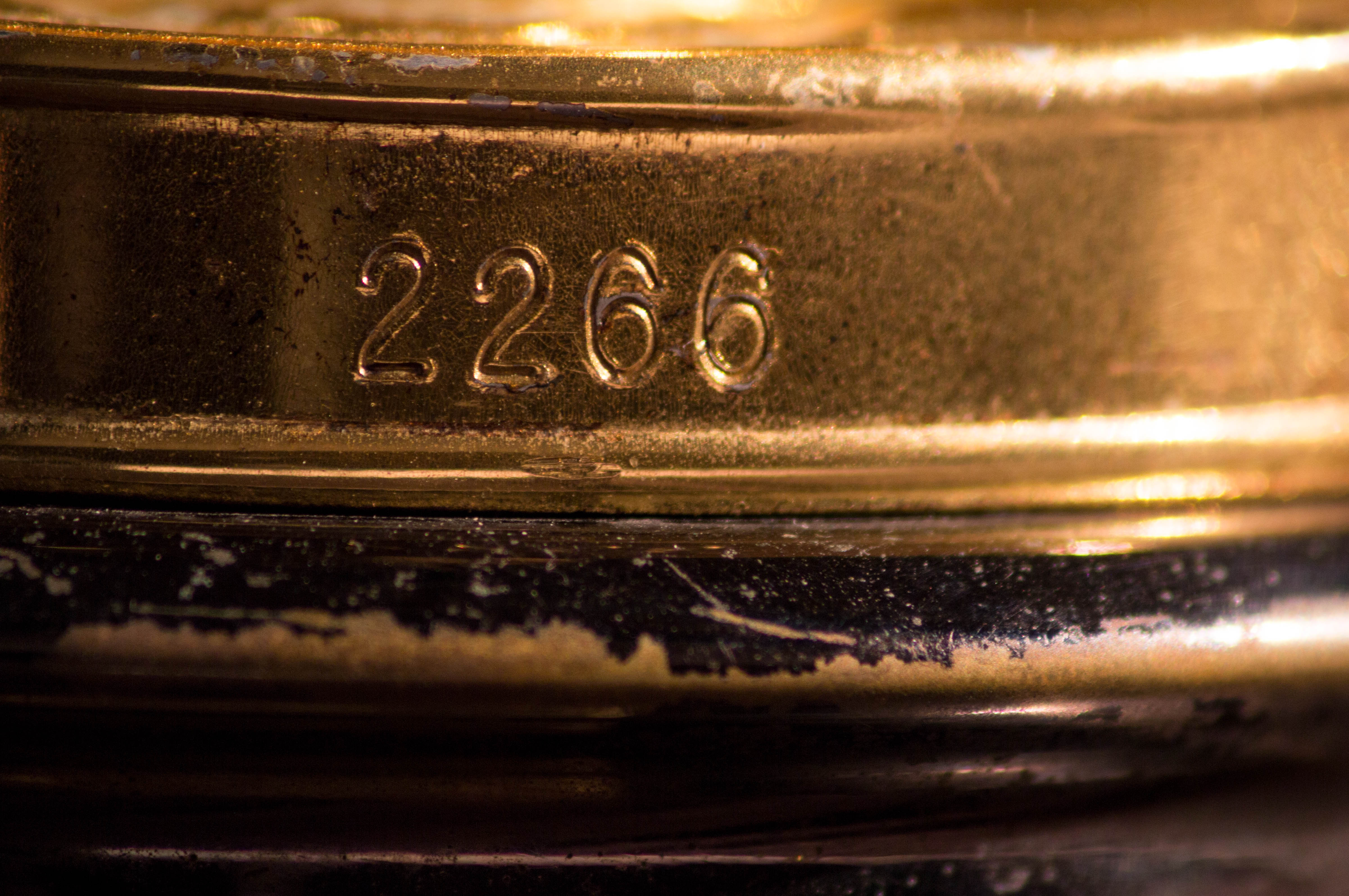 3. Each Oscar weighs 8.5 pounds, or close to four kilos. That’s way heavier than you expect when you look at it, which we can confirm from first-hand experience. That makes it all the more impressive when you see winners whirling them around like batons, but we’re going to assume that adrenaline is a factor.

4. They’re also quite tall at 13.5 inches, which makes for an impressive ornament no matter where you choose to store them. 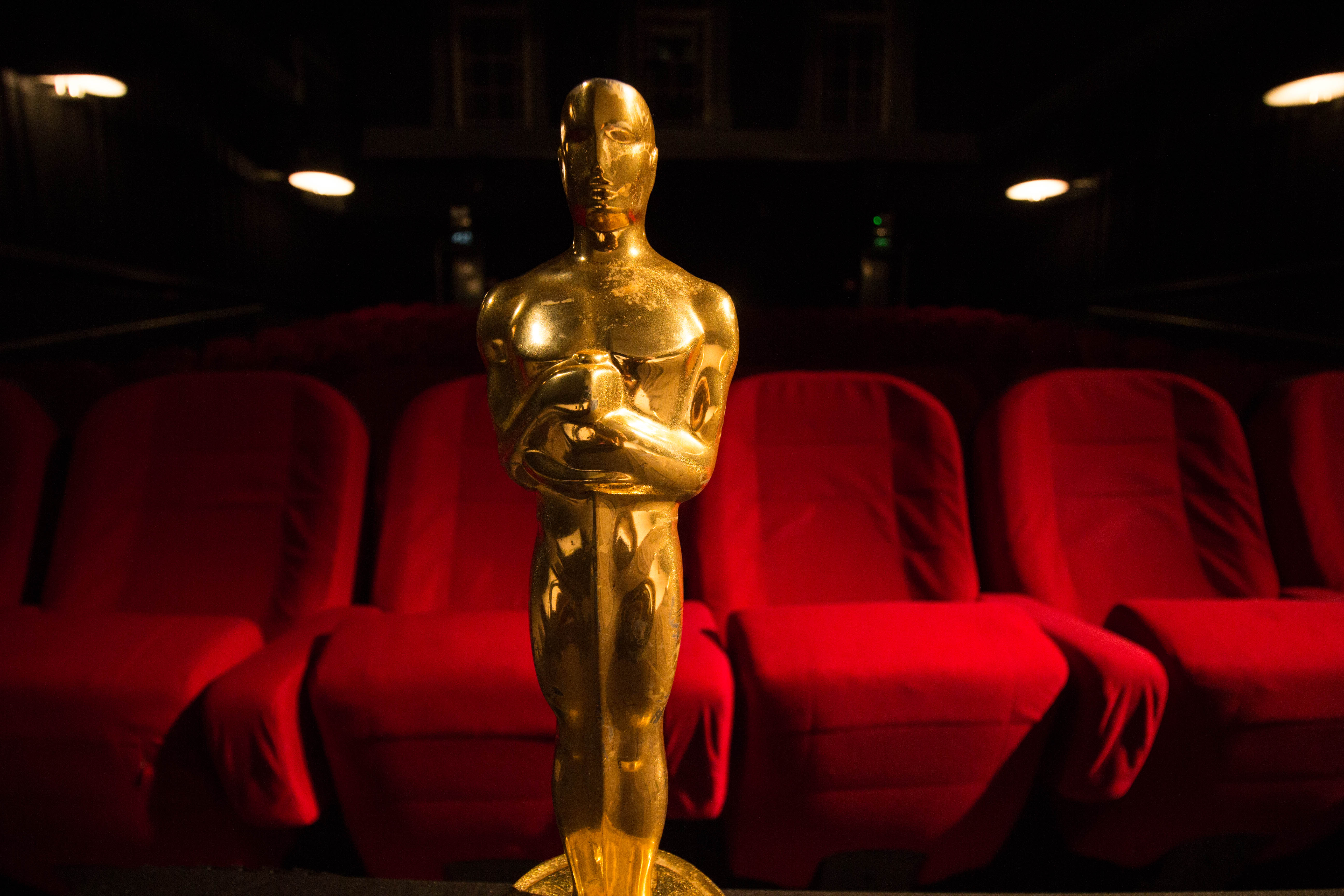 5. A Chicago company called R.S. Owens has made the Oscars since 1982 but that role has just moved to New York based Polich Tallix Fine Art Foundry. This means that the 2017 awards will look a little different, based on very accurate 3D scans of an original 1929 statuette.

6. That name, the Oscar, isn’t actually the original title either. Technically it’s called the Academy Award of Merit but the nickname has officially adopted in 1939. One rumour about the name is that Academy librarian Margaret Herrick thought it looked like her Uncle Oscar when she first saw the finished statuette. 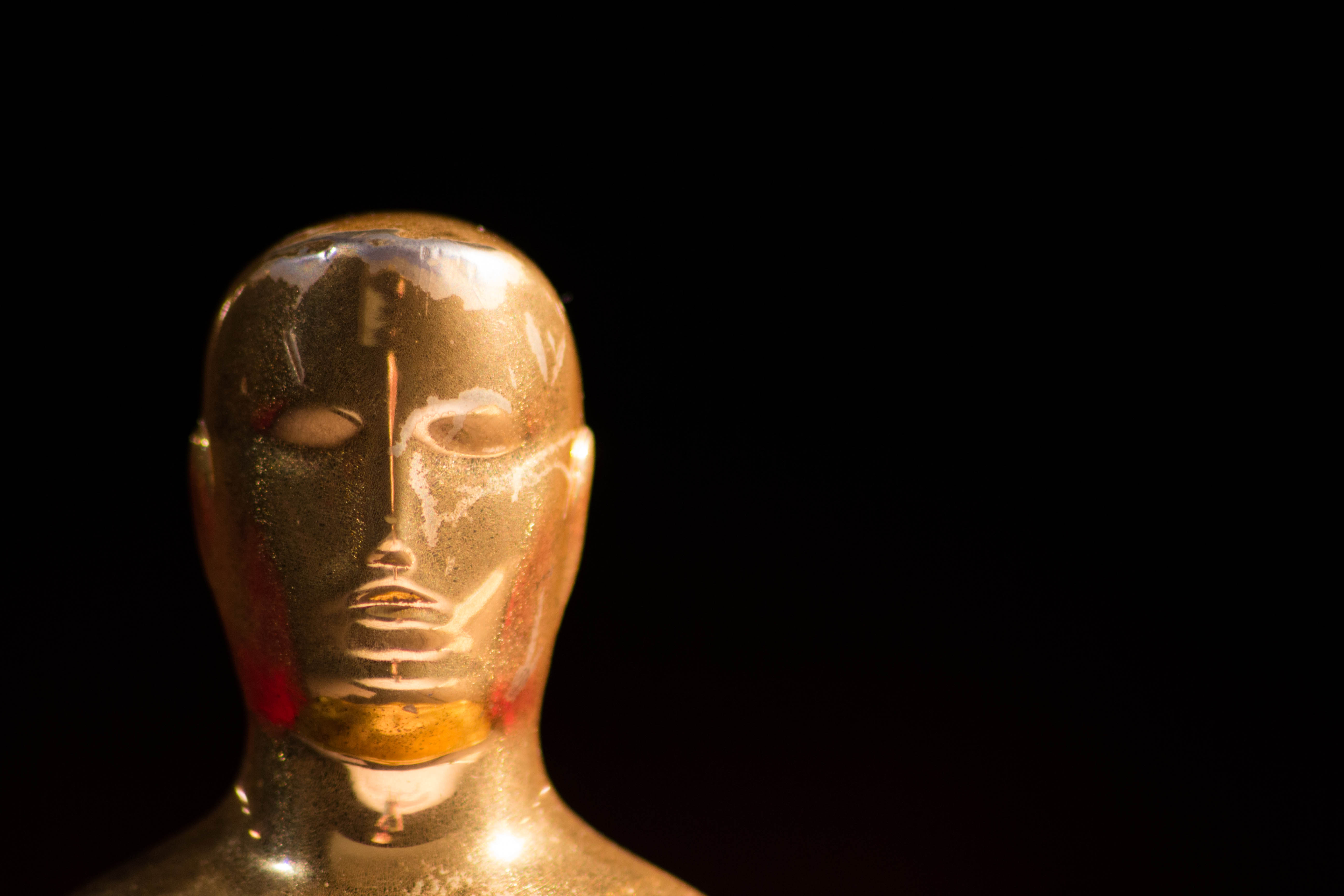 7. These days the Oscars are made from solid bronze (hence the weight!) and then plated with 24-karat gold. That has varied a little over the years with the most interesting time being during World War 2 when metal shortages forced the Academy to use plaster versions instead. Of course these were later traded for the real thing!

8. You can win an Oscar but never really own it. If you’re thinking of selling it you have to first offer the award to the Academy for a dollar. This put a stop to the practise of selling them for huge amounts of money, though pre-1950 awards still show up at auction from time to time.

Right now, we’ve got plenty of Oscar-nominees still showing at the IFI, including Toni Erdmann, Fences and Moonlight, which is up for a massive eight awards. And our own Oscar is waiting in the lobby if you want to come take a look.

The 89th Academy Awards will take place early in the morning of Monday the 27th of February 2017.