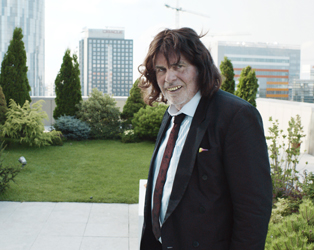 Ines (Sandra Hüller) has become estranged from her retired schoolteacher father Winfried (Peter Simonischek); unhappily scaling the bottom rungs of the corporate consultancy ladder in Bucharest, her career-centric life can no longer accommodate his zany practical jokes and fondness for wigs and false teeth, which is unfortunate as he has decided to pay an unannounced weekend visit from Germany in an attempt to rekindle their relationship.

Worlds collide as Ines is forced to bring her wildcard dad – now appearing in character as Toni Erdmann – to a series of professional engagements, the awkward comedy gradually escalating to a remarkably sustained high-wire act of full blown hilarity in the latter stages. Ostensibly a comedy, director Maren Ade layers her beautifully observed film with delicate pathos and pointed commentary on the limitations women face in the workplace.