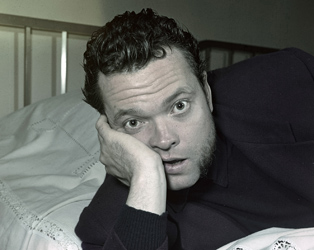 Review Roundup: The Eyes of Orson Welles, The Heiresses, The Guardians

Four new releases land on Friday the 17th of August: Mildred Pierce, The Eyes of Orson Welles, The Guardians and The Heiresses.

THE EYES OF ORSON WELLES
“Those who do engage with Cousins’s long vowels will, however, find much to savour in his raptures”
4/5 – Irish Times

“Cousins makes a lively argument for the creative dynamo’s abundant hand-drawn work as an integral part of his creative process, even if Welles never advertised himself publicly as a brushes-and-canvas man.”
Hollywood Reporter

“This richly compassionate, fiercely acted and beautifully shot period drama is about the second conflict, the battle of wills on the home front”
4/5 – Guardian

“Unassumingly powerful details make The Guardians one of the year’s most affecting love stories.”
Village Voice

“Dense and complex as a good novel, The Heiresses is bolstered by fine acting, especially from the two leads”
4/5 – Irish Independent

“A superb first feature from Marcelo Martinessi, this entirely female-driven story is full of gentle wit and playful observations on the crumbling upper echelons of Paraguayan society”
4/5 – Guardian

“Using largely unknown actresses with practically no screen experience yet an extraordinarily canny understanding of character, the director-writer achieves a heightened degree of insight within the confines of a stripped-down production”
Variety

“it is mainly Crawford’s triumph, and the most remarkable comeback in Hollywood’s history”
4/5 – BBC