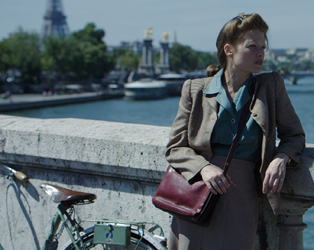 New releases at the IFI from Friday May 24th: Memoir of War, Too Late to Die Young, XY Chelsea.

MEMOIR OF WAR
“A deeply humane and thought-provoking film, Memoir of War features surely one of the performances of the year from Mélanie Thierry as the protagonist. See it at the IFI from Friday. Unmissable.”
5/5 – RTÉ

“This isn’t a movie about set-up and payoff, it’s a movie about the torment of being stuck in your head, and the insoluble loneliness of walking through a crowd of people who are oblivious to your private suffering.”
IndieWire

TOO LATE TO DIE YOUNG
“Nervy restlessness and the anticipation of doomed innocence shadows the brilliant Too Late to Die Young (Tarde Para Morir Joven), which is set in 1990s Chile.”
4/5 – RTÉ

“A lovingly textured addition to the coming-of-age genre.”
Hollywood Reporter

“Too Late to Die Young pushes its rhythmic approach to a satisfying climax in a closing sequence.”
IndieWire

“What Hawkins’s film reveals, quite tragically and pessimistically, is a caring soul who has sacrificed their individuality to a perpetually muddled greater good.”
Hollywood Reporter

“This is a very difficult personal narrative to try to digest and make sense of, but at least XY Chelsea makes for a start on this, even if it cannot approach anything definitive on her singular story.”
The Wrap