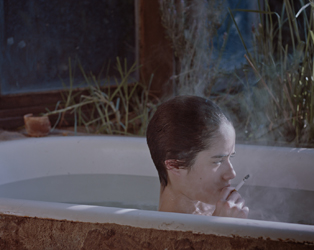 In early 1990s Chile, following the fall of the Pinochet regime, a group of families form a small rural commune in the foothills of the Andes. Despite this being a haven for artists and free spirits, Sofía (Demian Hernández), an increasingly self-aware 16-year-old, feels stifled, and yearns to leave this bosky idyll for a more independent life with her mother in the city. In the meantime, she is drawn to a new arrival, an older man, while carefully rejecting the clumsy overtures of friend Lucas (Antar Machado), matters of the heart which come to a head during a New Year’s Eve party.

Languorous and loose in its telling, the film is an impressive evocation of youthful dynamics and the attendant longings and desires, filled with moments of lyrical beauty and grounded in strong performances from its young leads.