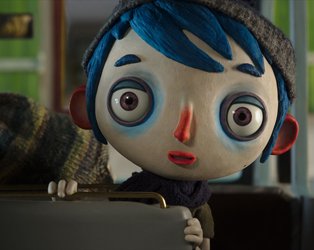 Review Roundup June 2nd – After the Storm, My Life as a Courgette and Daughters of the Dust

Three films arrive at the IFI from Friday the 2nd of June 2017 – After the Storm, My Life as a Courgette and a re-release for Julie Dash’s Daughters of the Dust.

Read on for a selection of reviews from local and international film critics, and why not pop in to make up your own minds this week!

AFTER THE STORM
“Full of humour, and beautifully acted, After the Storm tellingly explores the slights, resentments, rivalries and grudging affection that are lifeblood of every family”
4/5 – Independent

“As ever, the director has fashioned a lovely, appealing, lightly comic film that exists somewhere between late Ozu and early Spielberg”
4/5 – Irish Times

“There is such intelligence and delicacy in Kore-eda’s film-making, such wit and understated humanity”
4/5 – Guardian

“But Kore-eda’s insight is so unflinching, his affection for his characters so intimate and sure, that not a moment here feels wasted”
4/5 – Time Out

“It has wisdom and heart in spades, and demonstrates how kindness and love can unlock the potential of even the most unfortunate child”
4/5 – Independent

“Here is a little miracle of gentleness, tenderness and intense, traditional Frenchness”
4/5 – Guardian

“It may not sound like it, but calling this barely 70-minute Swiss stop-motion film “heavy” — as in substantial and almost swollen with feeling — is a true compliment.”
4/5 – Washington Post

DAUGHTERS OF THE DUST
“Against expectation, Dash’s non-linear film is both accessible and quotable”
5/5 – Irish Times

“A multidimensional family drama spoken in the patois known as Gullah, “Daughters of the Dust” is not always easy to follow, nor does it reward viewers with neat resolutions. As Dash intended, her film enfolds us in its dark arms and ancient sensibilities.”
Washington Post

“For all its harsh allusions to slavery and hardship, the film is an extended, wildly lyrical meditation on the power of African cultural iconography and the spiritual resilience of the generations of women who have been its custodians.”
New York Times