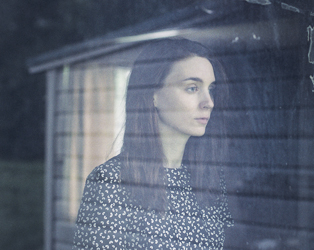 Three titles have just arrived at the IFI, and you can read more about them here.

Drama A Ghost Story reunites stars Rooney Mara and Casey Affleck with director David Lowery after the 2014 feature Ain’t Them Bodies Saints. Step takes us to Baltimore for a look at a Step dance group at an all girls high school, while Jean-Pierre Melville’s 1962 black and white crime film Le Doulos makes a welcome return.

Check out critic reviews of the films below, and pop in to make up your own mind from Friday August 11th!

A GHOST STORY
“A film that, for all its playfulness, connects plainly with the emotions”
5/5 – Irish Times

“A Ghost Story could be the most unsettling and strange movie of the year. It is certainly the saddest”
5/5 – RTE

STEP
“We all could use a little “Step” in our lives these days, if only to remind us to keep trudging ahead, with as much swagger as possible”
4/5 – Washington Post

“Lipitz does more than just entertain or enlighten. She’s breaking down barriers in nonfiction cinema”
Variety

“That emotional impact of this important documentary will add to the understanding of the divisions we all face in this diverse nation, especially at this time of great division”
4/5 – Chicago Sun Times