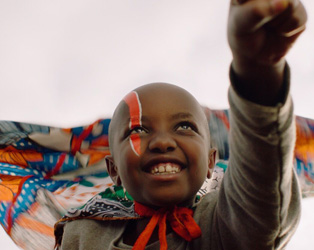 IRISH FILMS LEAD THE WAY AT THE 2018 IFI FAMILY FESTIVAL

July 23rd 2018: The Irish Film Institute is delighted to announce the 2018 IFI Family Festival, which will run from Friday, August 31st to Sunday, September 2nd. This year’s festival will include its usual mix of beautiful short films, features from across the globe, and fun special guests. The festival will open with a special travel-themed event, followed by the Irish première of animation Marnie’s World.

Two Irish co-productions will feature prominently at this year’s festival: animation Captain Morten and the Spider Queen and the live-action adventure The Ash Lad will both screen on September 2nd, with models from Captain Morten on display and members of The Ash Lad Visual Effects team in attendance.

Speaking at the launch of this year’s festival, IFI Head of Education, Alicia McGivern, commented, ‘There is something for all ages in our programme, from the youngest cinema goers to the more sophisticated ten-year-olds who can follow subtitles. With autumn school routines coming around far too quickly, this is a last chance to have some fun, action packed, international adventures with our specially curated films.’

Other film highlights of this year’s festival include Iranian film The Skier, centring on a young boy trying to save his pet goat, and touching Kenyan drama Supa Modo, which focuses on a terminally ill girl who is convinced by her sister and her local community that she possesses superpowers; Supa Modo is presented in association with Helium Arts and CanTeen Ireland, who will bring teens to the festival to tell their stories of being diagnosed with childhood cancer.

Also screening at the festival is stunning Brazilian animation Tito and the Birds on Sunday evening, and our annual shorts programmes for younger and older children on Saturday morning and afternoon.

Following the huge success of May’s Young Audience Award event in association with Creative Europe Desk Ireland and the BAI, the festival is pleased to welcome back a number of the jurors to speak about their experiences as part of the jury and to encourage a new group of budding critics to get involved!

Films for under 10s in the programme that contain subtitles will have those read aloud by Clara Murray of RTÉjr.

Tickets for the 2018 IFI Family Festival are now on sale. Individual tickets for all films cost €5, including the opening night event. A family ticket per film (valid for both feature films and shorts programmes) costs €15.00 for 2 adults and 2 children, or 1 adult and 3 children.