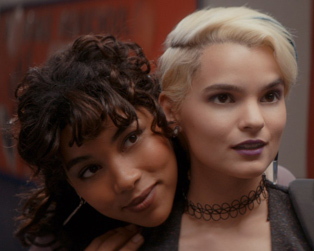 IFI Horrorthon 2017 is almost upon us (running October 26th to 30th) and on top of Irish and world premieres, classics screenings and tributes to Romero and Hooper we’re also delighted to welcome a range of guests to talk about their films.

Read on for a list of all of these exciting additions to the festival.

TRAGEDY GIRLS – OCT 27 | 19.00
For the very first film, the hilarious comedy Tragedy Girls, director Tyler MacIntyre will join us for a post-screening Q&A. He’s the man behind Patchwork, which went down a storm at the 2016 festival, and his latest has been earning rave reviews around the world, including a major theatrical release in the US.

Besties Sadie (Deadpool’s Brianna Hildebrand) and McKayla (Alexandra Shipp, X-Men: Apocalypse) run a social media account dedicated to serial killers before deciding that committing murders themselves will only increase their online popularity. Also starring Josh Hutcherson and Craig Robinson, we can’t wait to kick things off with this funny mix of slasher and high school films. Read our interview with Tyler here.

CHARISMATA – OCT 26 | 22.45
A detective investigating a series of ritualistic murders begins to unravel as she becomes obsessed with her arrogant and unnerving prime suspect in this frequently tense, nerve-wracking chiller.

HABIT – OCT 27 | 19.10
This new horror set in the darkest parts of Manchester shows what happens when a young man gets a new job at a massage parlour, and finds out what’s really going on behind closed doors.

We’ve got a packed stage for Habit, including Director Simeon Halligan, producer Rachel Richardson-Jones, and actor Elliot James Langridge who will all be chatting about how the film came together in a post-screening Q&A.

TORMENT – OCT 29 | 23.00
Irish filmmaker and long-time friend of Horrorthon Jason Figgis returns with a new film this year, after presenting Don’t You Recognise Me in 2016.

It’s a story in two parts, one with a man buried alive in punishment for a heinous crime while a couple struggles to come to terms with a dreadful loss. Jason will be along to introduce the film on the night.

THE LAPLACE’S DEMON – OCT 30TH | 16.40
This intriguing film has quite the set up: seeking to test a complex mathematical equation, a group of scientists are summoned to a mansion on a remote island, only to find that the host has found new applications for their theory.

Happily, director Giordano Giulivi and producer Silvano Bertolin will be on hand to tell us all about the project in a post-screening Q&A, and it’s also great to hear that Bertolin was one of the actors in the production too!

IFI Horrorthon 2017 runs from October 26th to 30th at the IFI, and it’s got something for everyone with docs and shocks, comedies and gore galore. See you there!