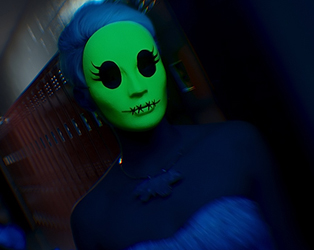 IFI Horrorthon 2017 is coming up soon, running from October 26th to 30th and bringing more than 30 horror features to the IFI.

The festival opens at 19.00 on Thursday the 26th of October with Tragedy Girls, and we’re delighted to welcome director Tyler MacIntyre along for a post-film Q&A.

He was also behind Patchwork which went down a storm at Horrorthon 2016 and the new film has been touring festivals to stellar reviews. It’s the tale of two teens (played by Brianna Hildebrand and Alexandra Shipp) who have a social media account which is all about serial killers. When they need fresh content, they turn to creating it themselves.

We got the chance to catch up with Tyler for a quick chat ahead of his trip to Dublin. Read on for the full interview. 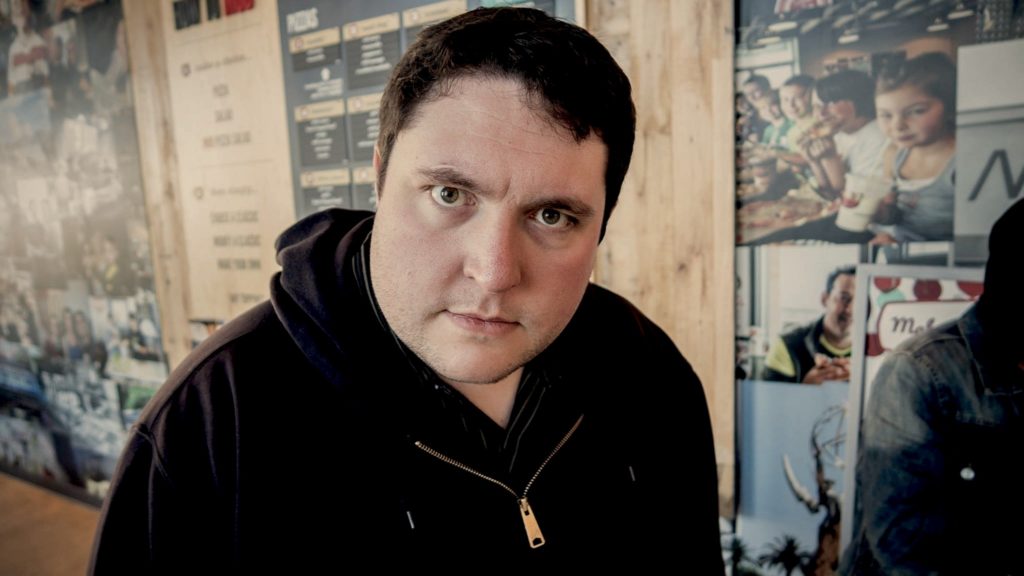 Did you always want to be a filmmaker?
Not always, but I have always loved movies. Since I grew up in a small town in Canada it took me a while to work up the courage to admit that I wanted to be a filmmaker, which is unheard of where I come from. As I started making more projects on my own it seemed less-and-less far fetched.

Was horror always your go-to genre?
Horror was my first obsession as a kid, but I’ve always liked it best with a healthy dose of comedy. I love sci-fi, westerns and adventure as well, but I tend to gravitate towards genre-bending stories.

What was the first germ of the idea for TRAGEDY GIRLS?
It came when my writing partner Chris Lee Hill and I were talking about what we loved about slasher movies, and we decided that we wanted to make something where the girls who were usually the victims in such films were actually the perpetrators. We wanted to keep the movie in their perspective. That lead us to the opening of our film and everything else flowed from there!

What are your own opinions of Twitter and social media?
I think social media can be very valuable, but it has also changed how we interact with our world. As a culture I think we’re still playing catch up to how much of a difference it has made, and TRAGEDY GIRLS is largely about the disassociation between online life and real world consequences.

Do you enjoy the direct interaction with fans you can have on the platform?
Yes, I like that content creators and artists are accessible to their audience, because it also leads to a sort of accountability, and can be a great source of inspiration.

What was the biggest challenge of getting TRAGEDY GIRLS made?
Finding the right set of lead actresses to be Sadie and McKayla. The entire enterprise lives and dies based on their relationship. We searched hard and found two great young performers in Brianna Hildebrand and Alexandra Shipp, who were able to make the material sing!

The film features a number of very famous faces, did that bring a different feel on set as you were shooting?
I thought it would, but it really felt very similar. I personally went through some growing pains, as a bigger budget means bigger problems, but the actors themselves were all great. Even the ones who are more recognizable (like Josh Hutcherson and Craig Robinson) were very easy-going, humble, hard-working people who love the project and brought their A-game.

What was it like to see the film for the first time with a huge crowd at SXSW?
It was awesome, but all kind of a blur to me! No one knew what to expect from the film, so having an element of surprise helped. We’re competing directly with a lot of bigger films and were relieved to see people tune into the satire and respond to our voice. They really got the style, and the reviews were very kind, so it helped get off to a great start.

Do you still watch it with audiences?
I usually do, it is helpful to see the reactions different places in the world and with different dynamics. I haven’t always been able to watch my own movies with a crowd, but it helps to have a movie that makes the audience vocal.

What has been your favourite reaction?
The screening at FrightFest in London was pretty crazy. They have some of the best crowds over in the UK. Fantasia was amazing as well, and I’m really looking forward to Horrorthon and Toronto After Dark coming up. It’s best with dedicated fans.

I was curious, you’ve worked a lot as an editor in the past but you didn’t edit TRAGEDY GIRLS. Was that something you purposefully stepped away from in this case?
That was partly a functional decision because you don’t really have time to cut as you shoot with a schedule like ours. Martin Pensa is brilliant, and it was fun to work with him on something that is a little different than the types of projects he usually edits. We worked closely together and it was actually quite smooth once we got to know each other.

What are some of your favourite horror films?
EVIL DEAD II is my favourite of all time. I love THE SHINING as well, along with DEAD ALIVE and HALLOWEEN.

And horror filmmakers?
The legends that everyone has on their list, like Carpenter, Craven and Raimi, but I was actually super impressed with what Julia Ducournau did with RAW. Some amazing stuff happening in horror right now.

Were there any filmmakers or titles which you feel helped to inspire TRAGEDY GIRLS?
Yes, obviously there’s a lot of ‘90s net-slashers in our film, like SCREAM and THE FACULTY, that Kevin Williamson high-school horror period. I also borrowed heavily from edgy teen girl movies like JAWBREAKER and HEATHERS.

What’s next for the film?
It comes out in the U.S. on October 20th, which is very exciting.

And what will you be doing next?
Next I am working on a project called NIGHTLIGHT, which the legendary Bob Shaye will be producing. We hope to shoot next year.

Finally, I was wondering if you had any budget and total freedom – what film would you make?
I would like to make a steampunk movie.

Tragedy Girls screens at IFI Horrorthon at 19.00 on Thursday the 26th of October. Get your tickets here.