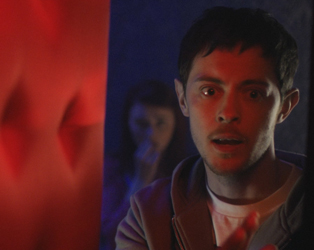 Adapted from the novel by Stephen McGeagh, Simeon Halligan’s Habit is set in the dark, troubled underbelly of Manchester.

Michael, a man with no direction in life, meets Lee (Jessica Barden), who works in a massage parlour, and helps him get a job as a doorman there. After witnessing the violent death of one of the punters, Michael is drawn deeper into the club’s secrets in this gritty British horror.