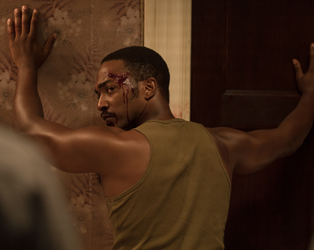 AUGUST AT THE IFI: SCREENINGS, EVENTS, INTERVIEWS AND MORE!

Welcome to August, we can’t wait for you to experience our huge programme of events, talks and special screenings for the month ahead!

It’s kicking off early from August 5th with Dark Corners, our season dedicated to the films of the Weimar Republic. And the end of the month sees the return of the IFI Family Festival, with a weekend of fun for your little ones from August 25th.

If you’re still looking for more, we’ll have a 10 new releases plus a classic title; including Aisling Walsh’s Maudie and Kathryn Bigelow’s Detroit, as well as the return of Steven Soderbergh to the big screen with Logan Lucky.

Read on for all the details, and get booking now!

From August 4th: England is Mine, Land of Mine, Maudie
From August 11th: Le Doulos, A Ghost Story, Step
From August 18th: Final Portrait, Quest, Song to Song
From August 25th: Detroit, Logan Lucky
1st TUES – 21.30 | IFI CAFÉ BAR PUB QUIZ (FREE EVENT)
This totally free quiz is back, grab your team up of up to four people and come along for some brain teasers and a lot of movie related trivia!

5th SAT – 15.15 | DARK CORNERS:  BERLIN: SYMPHONY OF A GREAT CITY
This visually stunning 1927 documentary provides a fascinating insight into the city at this time, juxtaposing its imagery so as to provide subtle commentary on existing social divisions and concerns.

6th SUN – 14.30 | DARK CORNERS:  THE ADVENTURES OF PRINCE ACHMED
The Adventures of Prince Achmed is the oldest surviving animated feature. It uses silhouette animation to recount a tale from Arabian Nights of the wonders and dangers faced by Prince Achmed as he travels to strange lands on a flying horse.

8TH TUES – 18.30 | DARK CORNERS:  THE GOLEM
One of the key works of Expressionism, as well as being one of the earliest and most influential horror films. Witness the tale of a monster created from clay to defend a small Jewish community in medieval Prague.

9TH WED – 18.30 | INSIDE OUT (THE BIGGER PICTURE)
Pixar’s modern classic which digs into the emotions that rule the brain of a young girl called Riley, is one of the most imaginative films in recent years. See it with a special introduction by Walt Disney Ireland’s Trish Long.

10TH THURS – 19.00 | NT LIVE ENCORE: ANGELS IN AMERICA PART II
This new staging of Tony Kushner’s award-winning play continues to its stunning conclusion. First performed in San Francisco in 1991 and later adapted into a HBO miniseries starring Al Pacino and Meryl Streep, in 2017 it will be directed by Olivier and Tony award winning director Marianne Elliott.

12TH SAT – 13.00 | DARK CORNERS:  WOMAN IN THE MOON
The masterful Fritz Lang’s final silent epic, in which a group of nefarious businessmen co-opt a mission to the moon in order to plunder its gold deposits. Notable for its invention of the launch countdown and inclusion of melodramatic elements, the film is filled with ingenuity and attention to detail.

13th SUN – 14.00 | MYSTERY MATINEE
The IFI’s own take on the surprise film – it can be anything from the entire history of cinema and you won’t know until the lights go down and the title comes up. Tickets just €5.

13TH SUN – 16.15 | DARK CORNERS:  VARIETY
A melodrama portraying a love triangle between circus performers. he film features some of the most inventive camerawork of the period, its ‘unchained’ approach making for breath-taking performance scenes.

15TH TUES – 18.30 | AISLING WALSH: IN CONVERSATION
We are delighted to welcome BAFTA-winning director Aisling Walsh for an in-depth exploration of her career to date in film and television. She will be joined in conversation by her frequent collaborator, film producer Tristan Orpen Lynch.

15TH TUES – 18.30 | DARK CORNERS:  WAXWORKS
Actor Conrad Veidt (The Cabinet of Dr. Caligari) once again shows a flair for genre in this enthralling anthology film in which a young poet is hired to write backstories for models including Ivan the Terrible and Jack the Ripper, each depicted in different styles and moods.

16th WED – 18.30 | IFI FRENCH FILM CLUB: LE DOULOS
Often cited as a major influence on Tarantino in the making of Reservoir Dogs, an intricate plot of deceit and revenge reveals a set of characters ready and willing to say or do anything to extricate themselves from whatever trouble they find themselves in.

16TH WED – 18.30 | FROM THE VAULTS: SONG FOR A RAGGY BOY
Aisling Walsh’s searing adaptation of Patrick Galvin’s memoir has lost none of its power more than 20 years on, as Aidan Quinn’s lay teacher takes action against the systemic child abuse at a school in 1930s Ireland. The director will be present at the screening.

19TH SAT – 14.15 | DARK CORNERS:  FAUST
F.W. Murnau’s final German film draws on sources including Marlowe and Goethe in service of the story of a man who makes a deal with the devil. At that time the most expensive film made in Germany, it remains a visual triumph.

20TH SUN – 15.30 | DARK CORNERS:  THE MOUNTAIN LION
Ernst Lubitsch’s 1921 film (reported to be his favourite German feature) stars frequent collaborator Pola Negri as a bandit leader who falls in love with the new lieutenant of a local fort. Thus the stage is set for anarchic, exuberant comedy, largely at the expense of the German military.

23RD WED – 19.00 | FEAST YOUR EYES: FINAL PORTRAIT
This month’s movie and meal combination comes courtesy of Stanley Tucci and his latest film as director: Final Portrait. It’s the lively tale of artist  Alberto Giacometti (Geoffrey Rush) who asks a friend played by Armie Hammer to pose for a statue – and the sessions stretch for much longer than anticipated.

24TH THURS – 18.30 | DARK CORNERS: MADCHEN IN UNIFORM
Set in a repressive and authoritarian boarding school, where 14-year-old Manuela (Hertha Thiele, who appeared in many controversial plays and films of the period), a new arrival, falls in love with her teacher, Fraülein von Bernburg. When their closeness is discovered by the headmistress and it is forbidden for the two to speak further, Manuela is devastated, and reacts accordingly.

24TH THURS – 20.00 | AUTHOR: THE JT LEROY STORY + Q&A
This documentary digs into the story behind JT Leroy – an author who burst onto the scene in the 1990s and was later revealed to be an invention of Laura Albert. This screening will be followed by a Q&A with Albert, hosted by Paula Malcomson (The Hunger Games).

25TH FRI – 11.00 | WILD STRAWBERRIES: GOING IN STYLE
This breezy crime comedy combines the acting talents of Morgan Freeman, Michael Caine and Alan Alda, revelling in their roles as retirees who, in need of extra cash and a bit of excitement, decide to rob a bank.

27TH SUN – 14.00 | DARK CORNERS:  WEIMAR DISCUSSION
Join Stefan Drößler, the Director of the Munich Film Museum, for a discussion on the cinema of the Weimar Republic.

27TH SUN – 15.30 | DARK CORNERS:  PEOPLE ON SUNDAY
Following ordinary Berliners, including a taxi driver and a shop girl, as they go about their weekend recreation, the film would prove influential on both Italian Neo-Realism and the French New Wave.

29th TUES – 18.30 | IRISH FOCUS:  FROM THE LAND OF MHÚSCRAÍ
This new transportive documentary from Dónal Ó Céilleachiar (Dreamtime Revisited, Camino by the Sea) takes us back, via exquisite cinematography, to the Muscraí Gaeltacht.

29th TUES – 17.00 | ACCESSIBLE SCREENING: DETROIT
Oscar winner Kathryn Bigelow (The Hurt Locker, Zero Dark Thirty) takes on another true-life tale in a film which digs deep into the race riots which set the titular city alight in the summer of 1967. The cast includes John Boyega, Will Poulter and Anthony Mackie in a hard-hitting drama.

30TH WED – 11.00 | WILD STRAWBERRIES: GOING IN STYLE
This breezy crime comedy combines the acting talents of Morgan Freeman, Michael Caine and Alan Alda, revelling in their roles as retirees who, in need of extra cash and a bit of excitement, decide to rob a bank.

30TH WED – 18.30 | DARK CORNERS:  KUHLE WAMPE
Based on a screenplay co-written by Bertolt Brecht, Kuhle Wampe, made at the tail end of the era and representing the swan song of New Objectivity, is notable for its explicitly Communist politics, which led to its censorship on release and outright ban under the Nazis.