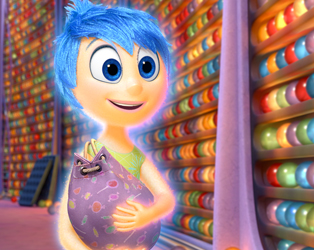 Pixar alumnus Pete Docter’s story of eleven year old Reilly’s emotional journey, addresses adult audiences while respecting children’s emotions too. It doesn’t avoid sad moments, rather through the juxtaposition of Sadness and Joy, it gets the point across that it is OK to feel both.

Combining a colourful and stylised world for the ‘inside’ scenes a with a more muted palatte for the real world, the narrative moves smoothly inside and out, colour coding young Reilly’s state of mind. Pixar had pushed the bar so often already, but Inside Out shows that the best family film can simply be the best film.