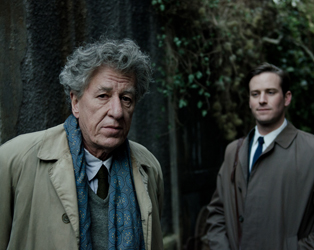 August’s pairing of a new release and a specially devised main course menu will be Stanley Tucci’s Final Portrait, followed by a meal inspired by the film in the IFI Café Bar.

Tucci’s film is a lively portrait of the Swiss sculptor and painter Alberto Giacometti (Geoffrey Rush) who asks his friend James Lord (Armie Hammer) to sit for a portrait in his crumbling Parisian studio.

What the perfectionist Giacometti promises will take mere hours stretches into days and eventually weeks leading a despairing Lord to wonder if he will ever be free from the studio.