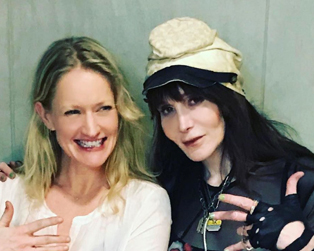 Novelist JT LeRoy burst onto the literary scene in the mid-90s, a bracingly honest new voice whose lurid tales of street hustlers and child abuse were drawn from his own experiences at the hands of neglectful carers and institutions.

But who exactly was JT LeRoy? Why was he so guarded in interviews? And who were the coterie of handlers filtering all media interactions? As his fame grew in proportion to his bizarre public persona, sources close to JT began to dig a little deeper, and what they found led to one of the greatest literary scandals of recent times.