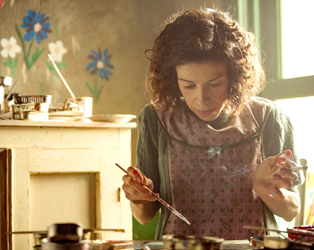 Director Aisling Walsh will take part in a career retrospective at the IFI on August 15th.

Though crippled with debilitating arthritis, Maudie (Sally Hawkins) is forced to forge her own path when her brother sells their home. A twist of fate leads her to a job as cleaning lady for taciturn fisherman Ethan Hawke), living in a tiny shack in the wilds of Nova Scotia.

When Maudie picks up a paintbrush one day, she discovers a talent for joyful brightly-coloured art, and she soon becomes a local sensation. Walsh has crafted a portrait of Canadian folk artist Maud Lewis (1903–1970) that is intimate, complex and compelling. Hawkins captures Maudie’s frailty and irrepressible optimism in a performance that is nothing short of Oscar-worthy.

There will be Open Captioned screenings of Maudie on Monday 7th at 13.00 and Thursday 17th at 18.20. All other screenings will be Audio Described.