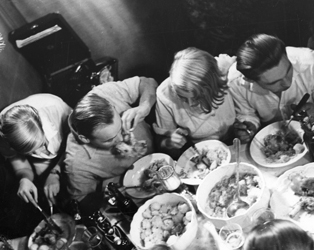 Based on a screenplay co-written by Bertolt Brecht, Kuhle Wampe, made at the tail end of the era and representing the swan song of New Objectivity, is notable for its explicitly Communist politics, which led to its censorship on release and outright ban under the Nazis.

‘Kuhle Wampe’ is a community for the dispossessed in a time when unemployment rates were constantly increasing. Anni’s (Hertha Thiele) family is forced to move there after her despairing brother’s suicide. Rather than accepting her fate, Anni is moved to become involved in workers’ rights, advocating for class solidarity and revolution.