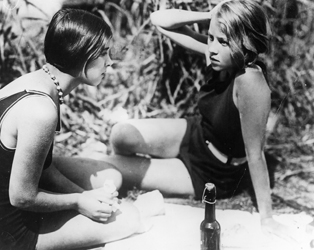 This screening will be introduced by Stefan Drößler, Director of the Munich Film Museum – who will be taking part in a Discussion of Weimar Cinema on August 27th at 14.00. Click here for more information.

A novel blend of feature and documentary, People On Sunday was the result of a collaborative effort on the part of a number of talented individuals who would go on to significant careers in America as part of the exodus of talent precipitated by the Nazis coming to power, including its directors, Robert Siodmak and Edgar G. Ulmer, its writers, Billy Wilder and Curt Siodmak, and Fred Zinnemann, who worked on the camera crew.

Following ordinary Berliners, including a taxi driver and a shop girl, as they go about their weekend recreation, the film would prove influential on both Italian Neo-Realism and the French New Wave.