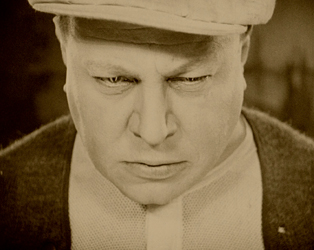 Actor Emil Jannings was one of the most esteemed actors of this time, working with directors such as F.W. Murnau and Josef von Sternberg, before moving to America to become the first winner of the Oscar for Best Actor, and ending his career in disgrace after appearing in Nazi propaganda films.

In this seamy melodrama, he plays Boss Huller, a former trapeze artist who abandons his family for a younger colleague. When the couple becomes a professional trio, a love triangle is formed, and tragedy ensues. The film features some of the most inventive camerawork of the period, its ‘unchained’ approach making for breathtaking performance scenes.