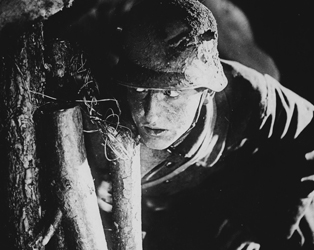 Arguably the director most closely identified with the New Objectivity, G.W. Pabst first came to prominence with The Joyless Street (1925), which featured an early performance from Greta Garbo. It focused on the plight of women in society, as did many of his early films, including his most famous, Pandora’s Box and Diary Of A Lost Girl (both 1929, and both starring the iconic Louise Brooks).

Westfront 1918, his first sound film, departs from these themes, depicting instead life in the trenches during World War I. Its staunchly pacifist and anti-war message saw it suppressed three years later, when the Nazis came to power.

The screening will be introduced by Dr. Piotr Sadowski, lecturer in film, literature, and drama at Dublin Business School, and author of an upcoming book on Weimar cinema.