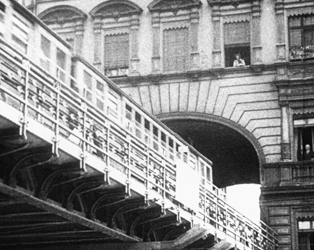 Director Walther Ruttmann was an early practitioner of experimental film, part of the ‘Absolute film’ school. Although this might still be classed as an avant-garde film, influenced by the early work of Dziga Vertov, it is structured so as to portray the life of Berlin and its inhabitants across the course of a single day.

Along with People On Sunday, which also features in this season, it presents a form of montage documentary that provides a fascinating insight into the city at this time, juxtaposing its imagery so as to provide subtle commentary on existing social divisions and concerns.