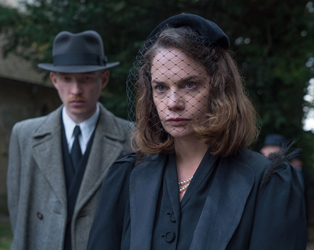 A bumper crop of five new releases arrive at the Irish Film Institute on Friday the 21st of September, read on for a selection of reviews and pop into make up your own mind!

CLIMAX
“Appropriately – or perhaps inappropriately –bacchanalian and unquestionably the dance-horror-musical event of the year.”
5/5 – Irish Times

“Climax isn’t so much about the inevitability of chaos, but about the sadness of watching something beautiful fall apart. And it is never less than electrifying”
Village Voice

“Noe has made a film that’s seductive in its rhythms and bold visualization of his young dancers’ sometimes beautiful, other times brutal somatic expressiveness”
Hollywood Reporter

“More brilliantly deranged, in its microscopic vision of society in collapse, than anything the director has ever inflicted on us”
AV Club

“Agnès Varda, in the glory of her golden years, has become a humanist magician”
Variety

“Varda has always possessed a warm and compulsively watchable screen presence, and the pint-sized iconoclast still has more pep in her step than most of us have ever had”
indieWire

THE GODFATHER
“The story by Mario Puzo and Francis Ford Coppola is a brilliant conjuring act, inviting us to consider the Mafia entirely on its own terms”
4/4 – Roger Ebert

“So, at the bottom line, the film has a lot of terrific mood, one great performance by Pacino, an excellent character segue by Brando, and a strong supporting cast. That will be enough for some, only half the job for others.”
Variety

“As filmmaking and storytelling, ‘The Godfather’ remains a bravura piece of work, its set pieces, dialogue and performances entrenched cinematic icons”
Time Out

“The Godfather is overflowing with life, rich with all the grand emotions and vital juices of existence, up to and including blood”
LA Times

“The film comes from a place of deep admiration for MIA, but unlike more fawning biographies, it makes a convincing case that this admiration is well earned”
4/5 – Guardian

“Loveridge’s movie is a fantastic and kinetic fulfilment of Maya Arulpragasam’s desire, back then, to be heard as more than an entertainer.”
The Atlantic

“It’s a film as compellingly all over the shop as its subject, even if it doesn’t quite have her beat on stylistic verve and risk”
Variety

“Loveridge’s debut feature is a fascinating and intimate portrait of his close friend Maya Arulpragasam, otherwise known as the rapper M.I.A.”
4/5 – The List

THE LITTLE STRANGER
“The Little Stranger is an enormously impressive piece of film-making; a tense, atmospheric and, at times, disturbing, Gothic drama.”
4/5 – Irish Independent

“An elegant, sinister tale of the uncanny, with its own streak of pathos”
4/5 – Guardian

“The Little Stranger captures a sense of gathering, inchoate dread that is all the more unsettling because it doesn’t fit into any easy genre categories”
Village Voice

“The Little Stranger may be elegantly fashioned as a haunted-house thriller, but the relationships at its core are spooked by sadness well before things start to go bump in the night”
Variety